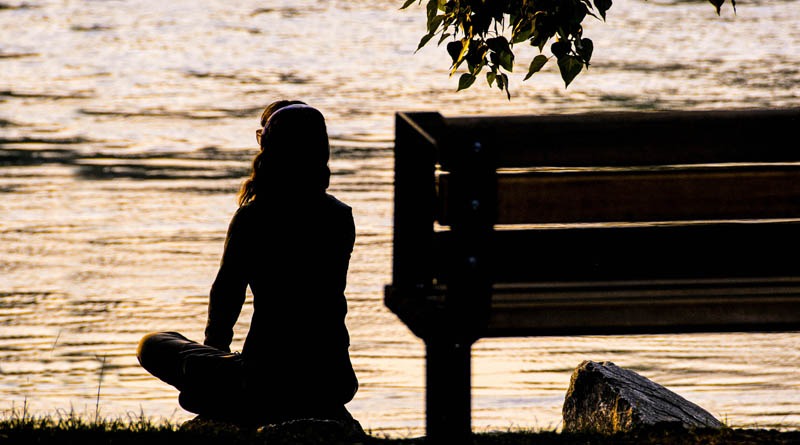 Women with anorexia nervosa (AN)

There are approximately 5600 patients with anorexia nervosa (AN) in The Netherlands alone; 95 percent of whom are female. This number increases annually by around 1300. 45 percent make a full recovery, 30 percent make a partial recovery, 25 percent do not recover: 10-15 percent of the patients die due to malnutrition (two-thirds) and around 10 percent due to suicide (one-third). After treatment almost half of the patients recover, one third improve and in around one fifth of the cases the eating disorder proves to be chronic (1).

Prevalence of autism (ASD) in women with anorexia nervosa (AN)

Autism (ASD) is over-represented in individuals who develop AN and that ASD is a common occurrence in cases of long term/chronic AN (2). This comorbidity is associated with a more serious prognosis contrary to when there is only AN. The presence of autism can be seen as one of the most powerful predictors of a chronic eating disorder, which can last up to ten years (3).

Different studies (4),(5), show that as many as 23 percent of patients who have a long-term / chronic eating disorder also have underlying ASD contrary to the 5 to 10 percent initially suggested. It also shows that the percentage of women who seek help for their anorexia and seem to have highly functioning autism is approximately 20 percent higher than previously recorded. When a client is diagnosed with AN they may well refuse traditional treatment, it is then plausible to consider whether or not the client in question might have undiagnosed autism (6).

Overlap between anorexia nervosa (AN) and autism (ASD)

Individuals who have AN but not ASD can show signs of ASD behavior during an acute phase of AN (7). According to research (8), hunger makes the brain solely focus on the task of obtaining food, which as with other stressors, makes the higher cognitive functions shut down. It is known that starvation intensifies autistic characteristics such as rigidity and obsession. Underweight individuals with AN portray similar behavior to individuals with ASD.

AN and ASD have a similar cognitive profile. The corresponding characteristics between the two are amongst others, rigidity in behavior and thinking, perfectionism, comorbidity and an increased rate of classification (9). In addition, there can be a decline in executive functions (in particular a lack of mental shift skill) and a lack of Theory of Mind (TOM). This is the ability of an individual to assign intentions, thoughts or feelings to themselves and to others (10). This means that in individuals with the above characteristics, the characteristics can often be attributed to this acute phase of starvation and not a presumption of possible ASD.

ASD-like behavior does not occur more frequently in women with AN without ASD than in women without psychiatric illness. In clinical practice this can mean that the presence of autistic behaviors such as difficulty with change and social skills, cannot be interpreted as appropriate to AN. In that case, a diagnostic examination of ASD is preferred, particularly with people with a long-term / chronic eating disorder.

When the result of the characteristics associated with ASD comply to the acute phase of starvation a woman with undiagnosed ASD who (long-term) is being treated for persistent AN runs the risk of not being diagnosed for ASD. Also, the recognition of ASD in women with AN can be overlooked when behavior is manifested as extreme rigidity or obsessive interest in calories or movement. This missed diagnosis causes continued regular treatment protocols for AN, which does not take into account the existing ASD.

Diagnosis of Autism in women is often missed which can result in the condition being diagnosed at a later stage or not at all. Often women are misdiagnosed resulting in unnecessary or inappropriate long term treatment with or without psychopharmaceuticals.

Lack of or omitted diagnosis of ASD in women during their adolescent life makes them vulnerable to development of secondary psychological problems including AN. Due to the fact that ASD in girls and women is frequently underdiagnosed, it is the eating disorder that is noticed in the medical world (11).

Cause of underdiagnosis of ASD in women

There are a few reasons why this happens. With women who have a normal to high level of intelligence it is difficult to diagnose ASD as they have learnt to adapt their behavior to comply with what is asked of them, also they are verbally strong which results in very good cognitive skills giving the impression that they can function normally in everyday life.

Another reason is that ASD in women is different than for men, as in women it’s often not recognized as such. An example: a boy with ASD in a school class will externalize problematic behavior more often, which gives rise to investigate the possible cause of his behavior. A girl with ASD in a school class will be very quiet, because she will tend to internalize her problems. Teachers often find it more comfortable to have quiet students who will be less likely to give reason to investigate whether there might be something wrong with this girl (12).

In addition, the diagnosis of ASD in women is complicated by the fact that most diagnostic tests are validated with men. This makes it less likely that women will come forward with symptoms of ASD by the use of these instruments, which leads to an underestimation of ASD in women (13).

In recent years, the interest in ASD in women has grown, which has led to more research on the topic and an active community of autistic women sharing their stories. This has resulted in more useful information that is now available to professionals who work with these women, like, for instance, how ASD manifests itself in women, which is helpful in the diagnostic process of these women.

Awareness of the potential presence of ASD in women with AN

There is still a long way to go, but there are many people doing research on the topic to ultimately be able to provide these women with the help they need

& Treasure, J. (2014). An examination of autism spectrum traits in adolescents with anorexia nervosa and their

nervosa have elevated autistic traits? From:

socio-communicative deficit subgroup in anorexia nervosa: Autism spectrum disorders and neurocognition in a

community based longitudinal study. From: Brenda Grund is a Psychosocial Therapist and the Project Manager of Centrum Spectra: Expertise in
Restrictive Eating Disorders in Women on the Autism Spectrum.
Being on the Spectrum herself, she had been working in the field Mental Healthcare for over 10
years, working mainly with eating disorders and addiction. Leading self- help groups for women
with eating disorders, she found in about every group of 5 to six participants, there was at least
one woman on the Autism Spectrum and not only that, the treatment seemed to have an
adverse effect on these women. Wanting to know more about this, she started looking into this
and eventually did research that led to a thesis: Effective ways of treatment for women with
Anorexia Nervosa who are also on the Autism Spectrum.
Writing this thesis she came to the discovery that no specialized help was available for these
women, decided to take matters into her own hand and started Centrum Spectra.
She now trains (Mental) Heathcare professionals and provides individual guidance for woman
with restrictive eating disorders on the Autism Spectrum.

When Your Parent Has Parkinson’s

By Lisa Thomas McIntosh Dr. Jim Thomas – My Dad, My Hero Parkinson’s Disease may have…

Thankful To Be Okay: An Epilepsy Incident

Tom McGranahan, Jr. discusses one instance of a past seizure, and why he is thankful to share his journey with epilepsy.

Housing on the Spectrum: Helping Adults with Autism Build a Future

Denise Resnik, founder, president, and CEO of First Place and co-founder of SARRC, discusses the importance of community support in creating resources for growing people with autism.