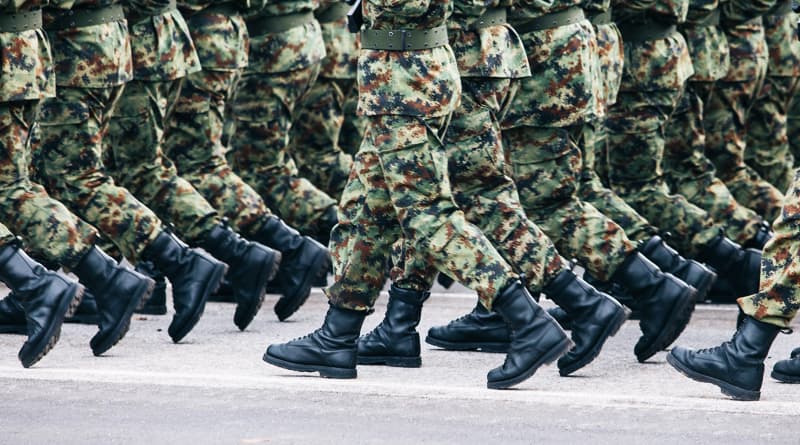 I’ve always seen autism as a great gift, and that creates an ability to serve one’s country. I’m a service military specialist for Carleton County. I had to use my ability to push forward even though I was going against the tide of a neurotypical world. I believe autistic people should have a choice of being able to serve one’s country. I know I am not alone because I know that there are many more autistics that are passionate about the subject of serving one’s country serving in the military — army, navy, or Air Force.

In so many ways diversity is our strength, but in our world that we live in society does not see it that way. Many autistic people are still unemployed and alienated from workplaces. As an autistic military historian, I have had to create my own way according to my own vision. Currently I am working on starting a military museum. In fact, my vision is about to start construction — it will have items from World War I like helmets and uniforms, all the way to my military models built from scratch. It will have shells and artifacts from many countries, but especially local military history. I have tried twice to get enlisted in the Canadian Armed Forces but was unsuccessful due to autism and OCD diagnoses. However, I have met numerous autistic persons who have and still serve. Most were diagnosed when in the service or know they have it and don’t want to get clinically diagnosed due to the effect it could have on their career.

This should never be necessary. I wish the military would be more open about neurodiversity. We need this. I want this for us. I have talked to other autistic persons who have been denied being able to serve.

Utilizing Neurodiversity in the Military

Getting creative was a survival tactic and a learning curve. Being able to go to schools and give war history presentations, starting my own business building military models from scratch, and other woodworking products was essential to growing into who I am.

What I see: my vision is that autistic persons would be able to serve in a special units such as Intelligence, Space Recon, or ISR units similar to the Israeli Unit, 9900 in the program Watching the Horizons. There are many innovative ways forward.

I have brought my viewpoints and similar employment visions of Inclusion to the CAHS Autism Assessment project I have been head lives experience member of. This assessment will be the resource for Canadian Government to develop the National Autism Strategy. This report came out for public viewing May 10th. This also covers autistic minority groups that needed to be heard across Canada, including over 1600 autistic persons and over 5500 stakeholders.

How to Create Change

As an autistic person I know what it’s like to be stigmatized and told that I cannot do the things that I want to do in life. But those are the old ways. The barriers are coming down. But not everybody in society sees it that way or agrees with it. So, we need to educate people to help them learn what it is we can contribute and how we can — which is in so many ways!

I hope you have enjoyed my latest blog! You can follow me on Twitter @CANADA566. As well as my business page on Facebook, @BOUMAWOODWORKS, where I build military models from scratch. As well as, my military museum page CARLETON COUNTY MILITARY MUSEUM, Aaron Bouma. I am also a blogger for ART OF AUTISM. Feel free to reach out to me.

When Multisensory Meets Multimedia: Embracing Tools for the Neurodiverse

9 Tips for Coping with Holiday Depression and Stress

Darlene Lancer, LMFT shares tips for dealing with depression and anxiety during the holiday season.