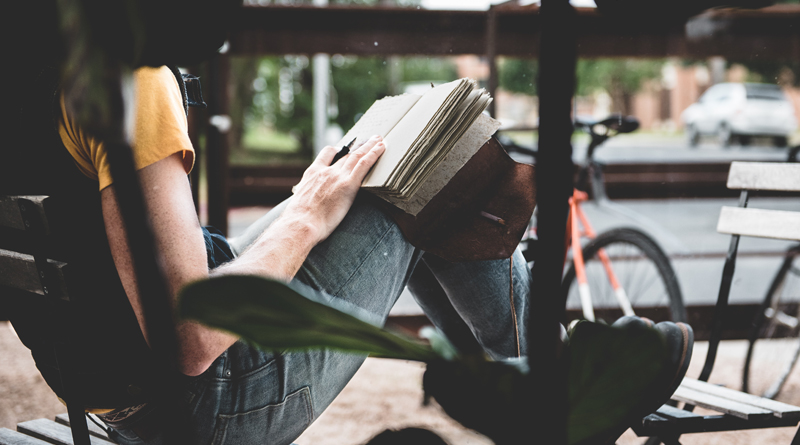 For years, I never really put enough thought into my mental health. But the more I learned about myself and autism, I’ve learned to respect my mental health and not over-tax myself. But that is a continuing learning process. For myself, in 2017-2018, those were years that I continued to stretch myself thin – some would say too thin. I had a lot I was doing: from the military stuff, the legion, autism advocacy stuff, security in my community of Jacksontown, to being politically active, all alongside my business, Bouma Woodworks. I was never really familiar with the term “autistic burnout”.

I became aware and more familiar with the term after the Autism Connect conference in Shediac, New Brunswick. My friend Louise had said what it was and the symptoms. I would sometimes be frustrated. I would have a feeling of under-appreciation – a clear and acknowledgeable feeling. That is sometimes still felt today. Lots of autistics get autistic burnout not just from trying to do too much, but from masking their everyday symptoms simply to try to fit in with society. At least with me, for the most part, I don’t do that. I’m a different autistic than many, some would say. But everyone has strengths and weaknesses. A major strength of mine is social interaction. I’m very much an extrovert, very outgoing and I like to meet more people. Many of us suffer from social anxiety in this form. They don’t like crowds, can’t stand or dislike social interaction unless it’s small. Me sometimes I thrive on big crowds and have met hundreds in one day at conferences, events etc. I’m what you would call an extreme networker. With OCD that is almost an obsession. Some if not many would agree if you get to know me.

But heavy social interaction can be exhausting for me as well at the end of the day. It is nice to decompress and relax. Getting overwhelmed doesn’t happen too easy with me in that way, but with others on the spectrum, it can happen very quickly. Too much of anything is draining on mental health. With me, symptoms of A-burnout have come in the form of loss of focus, and or foggy memory on short term stuff, almost like being scatterbrained. For example, it would slow me down from projects in the shop, a model I was building, etc.

For some that have had autistic burnout, it can result in temporarily losing skills and abilities, like a full system shutdown. When I think of that I think of an entire country’s power being down, an entire government almost becoming non-functional with the only controls being like in a Continuity of Government emergency stage after a major attack. An A-Burnout can cause – or have it’s main symptoms be – a major anxiety attack. Such anxiety is debilitating and can lead to new OCD obsessions for those prone to them – speaking from experience. Burnouts can fuel or bring on depression as well, which is another side diagnosis that can come alongside the spectrum of autism.

I had read off the symptoms of Autistic burnout that a friend on the spectrum had posted. At least 6 out of 10 symptoms listed I recognized. It was a major shock. The question is, do I mask my autism? Not to the extent that many do. I have learned very well to adapt to the “neurotypical” world. Because I’m very social, I don’t have this problem. But many, many mask their autism, and by the end of the day, it can make them exhausted. After meeting many people, or in a very social atmosphere etc, I will go home and decompress.

The symptoms I’ve had with Autistic burnout are:

One thing that has been a key for me growing up is exercise and fitness. Since I was 15 I have worked out and lifted weights continuously. This has been a key to my mental health, and certainly still is today.
A major contributor of the burnout has been when there is too much going on. Some days are better than others. This is indeed true. I’m paying very close attention to my schedule and my ability to focus on a project I currently work on within the day, my stress level and fretting level can be higher if I have stuff going on in a week than I’d like. My brain, like many autistic brains, can become over stimulated. I experience too many distractions, which slows my productivity. These are things I have really noticed when dealing with many thoughts going through my mind. As I mentioned one of the best things to help relax the mind is exercise and working out. At least certainly for me.

So I will ask #actuallyautistics everywhere: Have you had an autistic burnout before? If so what was the triggering point, what were the symptoms, and how long did they last? Lastly, did you recover, how did the mental health community help you? Did they ignore you? Or did they get you in to see a psychologist or counselor? In many cases, mental health professionals don’t have an up to date or accurate way to mentally treat the autistic mind. Because our minds are sometimes different, techniques used on autistic minds may not work due to them being designed for suited for “neurotypical” minds. That’s why many autistics have issues with the mental health system and need to see specialists with experience in ASD. Much work needs to be done to change that. Our voices must be loud and heard continuously. To wrap it up, I’ll be blunt: we sure as night and day need a more adaptive mental health system.

Exploring The Culture Of Abuse Within The Developmental Disabilities Field

Coralia Ivan-Suciu discusses the prevalence of abuse within the field of developmental disabilities assistance, and looks at ways to prevent it.

Rochelle Brenner discusses how children with ADHD can benefit from learning martial arts.

Nicola Heady looks at the phenomena of "camouflaging" in girls with autism, and the mental health repercussions it can create.