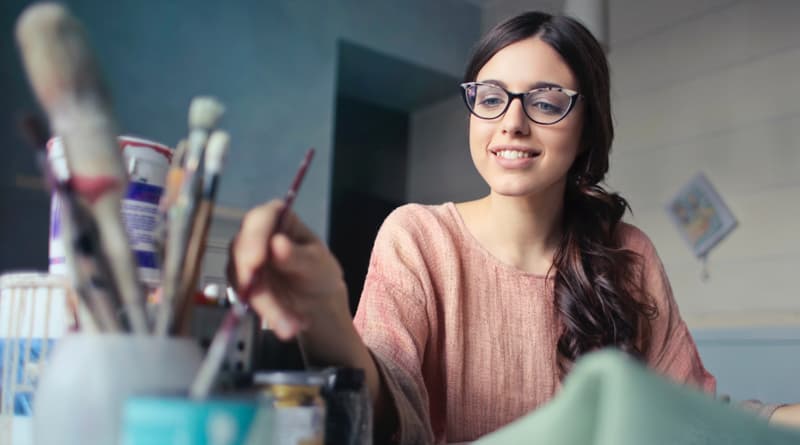 When people hear Attention-Deficit/Hyperactivity Disorder, (ADHD), they often think of children bouncing off the walls, unable to pay attention in school, and “leaping before they look”, so to speak. However, while this can be true in many individuals with ADHD, recent studies are showing they also tend to think far more creatively than individuals without ADHD.

Three facets of creative thinking are divergent thinking, conceptual expansion, and overcoming knowledge constraints. Divergent thinking is the ability to think of many ideas from a single starting point. Conceptual expansion is the ability to widen one’s viewpoint of an object or concept to include new ideas about it. Overcoming knowledge constraints refers to our ability to override the typical restrictions regarding a concept or object that most people tend to place of it. In all three instances, research has shown that individuals with ADHD display higher levels of these forms of thinking than individuals without ADHD.

The rationale behind these findings is that in many people, their creative thinking is hindered by prior knowledge. In other words, when they try to get new ideas for a concept by looking at previous examples or models, they tend to become stuck on those models and examples and have a harder time thinking beyond them. This is known as “fixation”, and it has been shown to greatly hinder creative thinking. For example, studies have shown that in tasks where people are asked to create something new, like a new game, and they are given examples of existing games as sources of inspiration, people are more likely to include parts taken from the existing games in their newly created games. This makes their new creations more similar to the existing games and thus less novel and creative.

In many instances, people don’t even need to have models or examples presented to them to fall victim to fixation. Many times, people’s own prior knowledge can get in the way of creating something new or starkly different from previously existing concepts or objects. For example, if asked to create a new imaginary creature, most people would simply create an “alien” that is symmetrical because of their prior knowledge of most creatures on Earth being symmetrical to begin with. This is where conceptual expansion comes in. Conceptual expansion would allow someone to more easily think beyond those constraints to come up with a more creative concept, like an alien that may have an asymmetrical outer shell to help it navigate through tight spaces, for instance, and not get caught up in them.

Results show that ADHD can help individuals escape the limitations of prior knowledge when it comes to creative thinking, allowing them to come up with new ideas far more easily than those constrained by the fixation on prior knowledge. For instance, in one study where two groups of adolescents, one made up of individuals with ADHD and one without, were asked to create a new toy after looking at examples of existing toys, the group with ADHD created toys that less resembled the example toys than the group without ADHD.

Another study of college students showed that students with ADHD were better able to escape the confines of prior knowledge to come up with new ideas than students without ADHD. In his study, students were asked to come up with a new name of a pain reliever and draw a new fruit. Students without ADHD were far more likely to incorporate aspects of previously existing examples, such as new medicine names that more resembled existing medicine names or fruits with leaves, than students with ADHD, who came up with names that less resembled existing names or fruits with things like hammers and tongues.

ADHD can hinder individuals in settings that call for sitting still and paying attention, such as work meetings and school classrooms; however, ADHD can also lead to more creative thinking due to the same multi-directional thought processes that individuals with ADHD possess over others. More specifically, these thought processes allow people with ADHD to think beyond typical constraints of prior knowledge and create and devise concepts and objects with higher levels of originality and innovation. This can be a huge advantage in fields that constantly call for new and exciting ideas and reward people for thinking in ways that others may not, or in other words, people with Different Brains.

Photo by bruce mars on Unsplash

We take a look at some famous people who struggled and succeeded with Tourette's syndrome, including David Beckham and Dan Aykroyd.

This year two radio hosts in Utah who have children with autism have created an event called "Quiet Santa" which is intended to give kids with autism or sensory disorders an experience with Santa that isn’t stressful or intimidating.

Twenty-three-year-old Connor Jackson is using his experiences with schizophrenia, bipolar disorder, and ADHD to train officers from a handful of Kansas police departments.