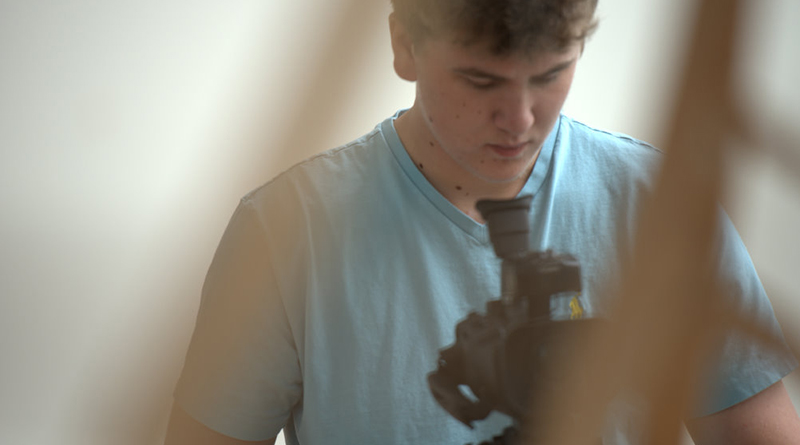 When he was a child, Bailey Francisco recalls having a dad who, he described, was awesome. But when Bailey was just six, his father, Michael, went to war. When Michael Francisco returned to the family home outside Colorado Springs, he had a traumatic brain injury and Post-Traumatic Stress Disorder. He was erratic, angry and violent.

At one point, Michael took Bailey to an amusement park and drove home drunk with the boy in the backseat of the car. Another time, when the two had gotten into a serious argument, Michael grabbed his son and pointed a knife at his throat.

While Bailey was in high school, he began to record and document his father’s behaviors after returning from war. He then produced a documentary, still in high school, called “After War.” His father “went from a stud, like, athlete—funny, just awesome dad—to barely human,” Francisco says.

Bailey asks his father in the film how PTSD changed him: “You’re not who you used to be,” Michael Francisco says, speaking about himself. “And it’s just dealing with that fact.”

Bailey also interviews his mother, Stephanie Blackburn, about the heartache caused by his father’s return. “I think it’s been really hard for you,” Blackburn tells her son. “Your life has changed very much… It makes me really sad for you,” she says in the documentary.

Francisco’s dad is certainly doing better these days. The father and son now talk every day and see each other often, which, to me, is an amazing improvement.

Bailey Francisco had produced the film as part of the Youth Documentary Academy program in Colorado Springs. He recently returned from a trip to Washington D.C. where he and other academy students showed their work to members of Congress. “After War” also screened at the Boulder International Film Festival, among other venues, and Francisco received the 2014 “Rising Star” award from the Pikes Peak Arts Council for his work. He’s just finished his freshman year at Colorado State University.

If you would like to know more about Bailey’s story and how his relationship with his father has progressed—maybe there is something we can all take from this documentary—then you can go to this website to read more.

A potential link between bipolar disorder and specific blood markers has been discovered in a UK-based study.

Veteran With PTSD Pays Homage to Cat that Helped Him Cope

Upon his return from duty, King experienced symptoms of PTSD; however, he found comfort in a lively 6-month-old kitten known as Steven.