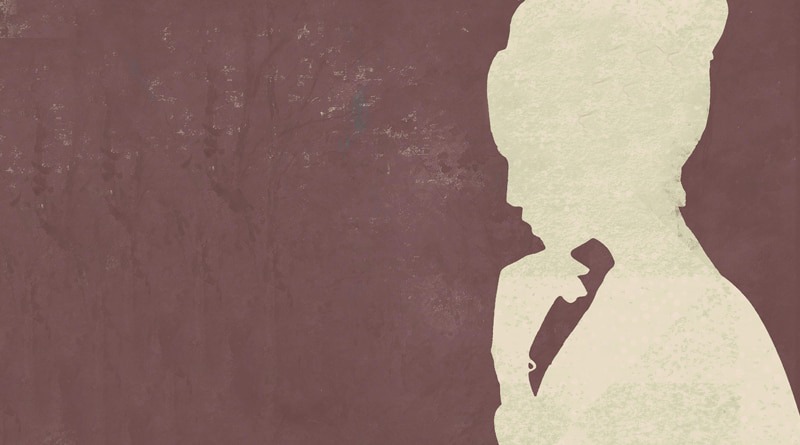 To tell or not to tell? People have often kept their Asperger’s secret for many reasons. There are advantages of saying I have Asperger’s but there are also disadvantages. Some advantages are people would believe me and I would be allowed more independence. I would also enjoy being in groups where I would feel challenged. Instead, I tell people I’m autistic because of the origins of Asperger’s and people wouldn’t assume I don’t need help. For example, I have been punished for having meltdowns. Since I am so high functioning people don’t understand if I have a meltdown. Life as an aspie or an autist can be interesting, so read on to learn more about my journey.

At age 1, my mother began to notice my lack of eye contact and speech delay. Numerous times my mother tried to get me assessed for autism however doctors kept telling my mother, “She’s fine.” At age 2, I got kicked out of preschool because I was too “difficult for the teachers”. My mother persevered and I was finally diagnosed with autism. After the diagnosis, she argued for me to go back to a mainstream preschool, they felt it was the best environment for me to thrive in. I began to receive speech and occupational therapy immediately after I was diagnosed. Once I was entering Kindergarten, my elementary school wanted to send me to a different school with a special ed class, because, again, they felt I was too difficult to deal with. My mother said, “No she is going to the same school as her brother.”

Even though, I was in the same school as my brother, I was still in the cluster class, which was for children with high support needs autism. In Kindergarten I was still in a class for children with profound autism and a co-occurring intellectual disability. My mother continued to fight for me to be in a mainstream classroom, however the school repeatedly refused. Initially, my mother suggested for the school to hire a one-on-one aid however, they said they did not have the money to hire an aid. My mother even had somebody check their financials. It was soon discovered that the school did have the money to hire an aid. The school agreed to put me in a mainstream classroom for an hour. For the other seven hours, I would cry because I wanted to be with the neurotypical kids. My mother argued for me to be mainstreamed full time. The school finally mainstreamed me full time because my mother threatened to report them to the state of Florida if I was not mainstreamed full time.

When I was finally mainstreamed full time, I started to flourish. Even though there was a teacher’s assistant to help some of us, I was happy to be able to be with the neurotypical kids. To this day, I am happy I was given the opportunity to grow. Growing up, I have often called “high functioning.” When I played sports like soccer or joined autism groups, I was often the model autistic person or the envy to many mother of higher support needs autistic people. Mother were and still are jealous of how “easy I am.” Despite the advantage of being “higher functioning than most”, the reality is that I often get my support needs ignored. A couple of times, I have been called Asperger’s, especially after I tell people I am autistic as they didn’t believe me when I told them I am autistic. I went to a frozen yogurt shop with my former nanny, and I ran into a family with a recently diagnosed autistic daughter. Like many others, she did not believe I am autistic until I got my former nanny to fact check. I was telling the mom about my college life, being a business major, and being an orientation leader.

We also talked about how it was named after a Nazi eugenicist Hans Asperger, and it determined who was euthanized and who was allowed to live (Slagstad, 2019). If someone was considered high functioning they would be spared from the T4 euthanasia program. On the other hand, if someone was considered low functioning they were euthanized. This is also where functioning labels come into play. Even after the war, functioning labels and Asperger’s determined who got sent to an institution.

In 2013, Asperger Syndrome was removed from the DSM-5, but the term is still used in other countries, and it is still in the World Health Organization (WHO). Functioning labels create hierarchy in the autistic community. They do nothing but divide the community.

Functioning labels are a double-edged sword as they are either used to deny support or autonomy. Such labels are also used to determine how one’s autism affects others and how well they mask their autism. I would be considered high functioning and because of this, my strengths such as my intelligence and being a fast learner are what is emphasized. I also had unrealistic expectations placed on me. Until recently, I used to be fine with others saying I am high functioning. Now that I am older, I realized being considered high functioning caused more harm than good. Even though people recognize my strengths the truth is I do need the support and I frequently get denied the support I because people say I am “very high functioning.” On the other hand, someone who is considered “low functioning” is only defined by their disability and their strengths are overlooked. They are often nonspeaking and have a co-occurring intellectual disability. They are also often denied autonomy and agency. Regardless of support needs, every autistic person deserves bodily autonomy. In the end, regardless of functioning labels, we all have something in common; to be treated like a human being with equity. I’m Bailey Bender and I am an autistic college student at Florida Atlantic University. I am a senior in the College of Business majoring in marketing with a minor in entrepreneurship. When I graduate, I want to be a marketing manager and start my own business. I sell artwork at Artists with Autism. In my spare time, I like to practice karate and I am a brown belt.

Getting a Second Opinion on an ADHD Diagnosis

Julie Saumsiegle discusses the importance of getting second opinions and trying all avenues when caring for a child with a different brain.

Kimberley, board member, shares her story about dealing with the coronavirus and how having epilepsy has played into her experiences with quarantine.