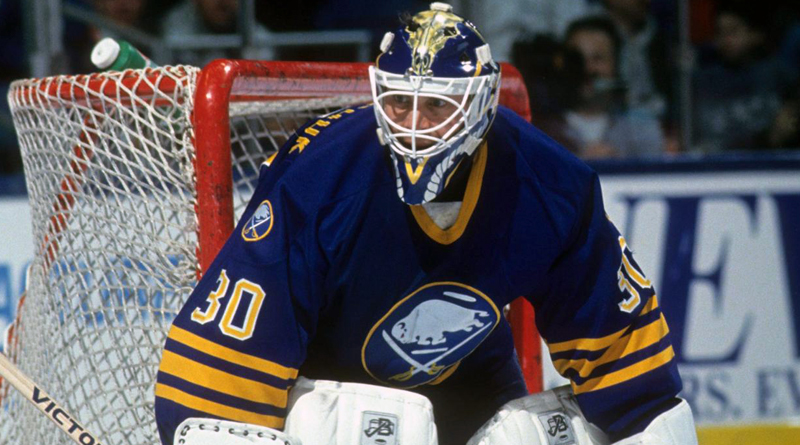 Depression and suicide is a problem that can potentially affect any one of us. Clint Malarchuk, a former goalie in the National Hockey League active from 1981-1996, has chosen to tell his tale of a struggle with severe depression and obsessive-compulsive disorder. In honor of June being Men’s Health Month, Malarchuk is once again spreading the word and handing out lessons learned from his own experience.

Clint Malarchuk had been struggling with OCD since he was very young, but his depression began after his injury on March 22, 1989, when his jugular vein was accidentally slashed open by another player’s skate during a game. He lost 1.5 liters of blood and would have died in minutes were it not for the immediate intervention of his team’s athletic trainer (a former Army medic), and the wound took 300 stitches to close. Although he was back on the ice in ten days, the psychological trauma of his accident lasted much longer. Malarchuk suffered from severe depression as a result of his brush with death, and began self-medicating with alcohol. He sought treatment for PTSD one year after his injury, but his condition continued to deteriorate. In 2008, Malarchuk attempted suicide. He was hospitalized and spent 6 months in rehabilitation for his PTSD, OCD, and alcoholism. When asked about how he tried to end his own life, Malarchuk said, “I believe that I survived to prevent somebody else from making the same mistake I did and what I tell them is this: reach out and get help.”

Malarchuk has partnered with HealthyMenMichigan.org and Jodi Jacobson Frey, PhD, MSW, an associate professor at the University of Maryland School of Social Work. Together, they are running a statewide campaign to engage working-age men – who are an often neglected but significant proportion of suicides – in screening for depression and suicidal tendencies. “We are losing too many people to suicide and as a country, we have been slow to focus our attention on working-aged adults, particularly men (ages 25-64) who account for 40 percent of suicide deaths in the country,” says Dr. Frey.

Clint Malarchuk is one of a number of celebrities and several professional hockey players who are openly sharing their stories in order to end the stigma on psychiatric treatment and mental illness.

We present several things to do and avoid if you are susceptible to photosensitive epileptic seizures.

Man Canoes Across Canada for PTSD

Ranta is traveling along with his dog Spitzii to bring awareness to the issues caused by PTSD and honor the veterans of Canada.