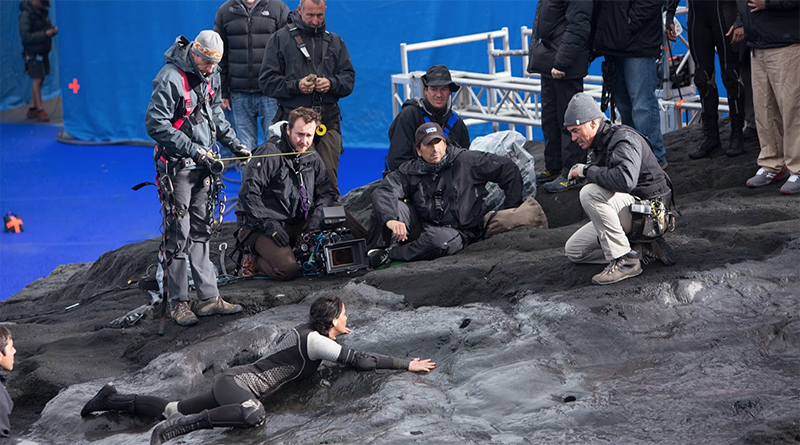 There is a new wave of digital effects artists making their way in the industry, as young individuals with autism are being given the opportunity to find their place with Exceptional Minds.

Exceptional Minds students hold up their diplomas at graduation

Exceptional Minds is a nonprofit vocational training program and visual effects animation studio located close to Hollywood’s major studios, where visual effects artists with ASD are able to showcase their talents. Their employees have created the credits and effects for feature films such as Ant-man, Avengers: Age of Ultron, The Hunger Games: Mockingjay, Part 2, and Dawn of the Planet of the Apes. Their work can also be seen in television.

At Exceptional Minds, there are two different activities taking place. In the upstairs portion, students take a three-year training program to learn the trade. Here, the students learn the new computer programs and how to animate sculpting in 3D. Students Tiana Fazio and Noah Schneider, for instance, work on an animated short for Sesame Street about a boy with autism, called Benny’s Story. Downstairs, the graduates of the program create the work necessary for the big-screen films.

The characteristics required to do the work match the unique traits of those with autism. The work is tedious and repetitive, requiring intense focus and attention to detail. Some of the tasks include removing movie markers, creating lengthy credits, and removing unwanted objects from shots.

Christopher Chapman is one of the many unique and talented individuals at Exceptional Minds. Chapman has autism, and found his place in the entertainment industry thanks to the animation studio. Chapman created the credits for Ant-Man, and claims the best part of his job is walking home and seeing the Disney Tower characters illuminated because it makes him feel like he did something special.

One of its supporters includes advocate Temple Grandin. “There are different types of autistic minds: mathematicians, word thinkers, visual thinkers, pattern thinkers,” she states. “Visual and pattern thinkers are perfect for what EM is doing.”

Yudi Bennet, the co-founder of Exceptional Minds, was the assistant director of successful films such as Pleasantville and Honeymoon in Vegas, and was inspired to create the program after Schneider, her son, struggled through high school after a rough childhood.

Bennett’s husband Bob died of cancer when Noah was just eight years old, leaving Bennett as a single mother of an only child with autism. After choosing to focus on Noah’s life over her career, Noah struggled through school until a friend encouraged her to enroll him in a digital after-school program. There, Noah learned animation coding, started speaking, and won awards for his work. Bennett then realized what she had to do next. By getting together with other families and pooling resources, she was able to form Exceptional Minds in 2011.

Bennett believes that people with autism are “totally underestimated.” More than 80% of people with disabilities are either unemployed or underemployed doing jobs. “We’re creating a model to apply to other vocations, from manufacturing to retail to music, to train and nurture young autistic adults into America’s workforce,” she states. It is safe to say Exceptional Minds is creating a place where young adults with autism can not only work, but also do something they enjoy doing and are talented at.

This piece is based on a story by Parade.com, which can be found here.

Not All Epileptic Seizures Are The Same

We take a look at the various types of epileptic seizure - from Clonic to Dacrystic.

The First Comic Book Character with Down Syndrome

Publisher Lion Forge is set to introduce the first hero with Down syndrome in the new comic book Superb.