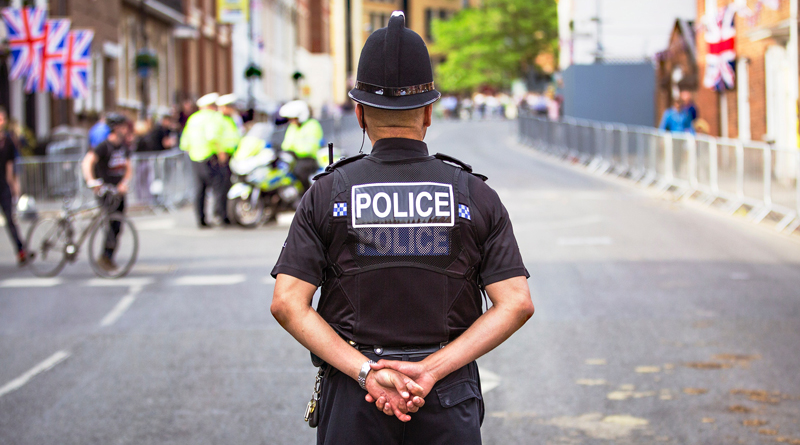 Autism and the Criminal Justice System in the UK

Autism is a lifelong developmental disability that affects how a person communicates with and relates to other people, and, how they experience the world around them. It’s believed that there are around 700,000 autistic people in the UK – that’s more than 1 in 100. [i] In the United States the rate is suggested to be higher. The Centers for Disease Control and Prevention (CDC) has identified 1 in 59 children as autistic.

The interviewing of victims, witnesses and suspects is a central component within the criminal justice system. The numbers of autistic people that fall into these categories are unknown although research suggests that autistic people may be over represented in each of these three categories. [ii]

Factors including social naivety and theory of mind (the ability to understand one’s own mental state and that others may have a different mental state), have been highlighted as some of the reasons for this over-representation. [iii]

Similarly, the number of autistic people in UK prisons isn’t known with estimates varying. [iv] The story is the same in the US, however a 2015 a report by the US Department of Justice’s Bureau of Justice Statistics found that 2 in 10 prisoners and 3 in 10 jail inmates reported having a cognitive disability.

Most autistic people are very law-abiding individuals but can be more vulnerable to offending due to the exploitation of others who draw them into criminality, the misinterpreting of rules, pre-occupations (special interests) and acts of impulsivity. From a victim/witness perspective, autistic people are vulnerable to being targeted as victims of disability hate crime, theft, fraud and sexual offences. [v]

A 2016 survey that explored autism and policing found that 69% of autistic adults and 74% of parents of children with autism surveyed, felt dissatisfied with their experiences with the police service. They reported discrimination, a lack of clarity and explanation and feeling that their needs were not met. Of particular interest to the interviewing process, was the fact that many felt that the physical environment of an interview, together with a lack of support and explanation, led to emotional stress and breakdown in communication. [vi]

Why I became interested in properly interviewing those with autism

My interest in interviewing autistic people started developing during my role as a police trainer of Achieving Best Evidence interviewing techniques and, specifically, the interviewing of vulnerable individuals with autism. Also feeding this interest was the personal experience of interviewing an autistic victim of crime some years earlier and, being totally frank, doing it terribly due to a lack of preparation and insight. At the time I didn’t really understand the autistic condition and I failed to speak to the victim’s family and the professionals who knew much more than I did about the types of communication strategies that would have been more effective and, no doubt, would have resulted in a much better interview.

Another incentive in learning more about autism were the experiences of my wife who, as a Speech and Language Therapist, frequently found herself assessing the speech issues of young people whom she subsequently suspected of being autistic. As a result of these experiences, I studied for an MSc in Child Forensic Studies at the University of Leeds where my final dissertation examined the quality of current police interviewing training in this field.

During my time as a student, it became clear that some of the interviewing methods advocated as good practice to police officers, did not always reflect the research and experience of the clinicians and academics working in this field. For example, the components of the cognitive interview, an interviewing method highlighted within police training, has been shown as an unhelpful technique to adopt when interviewing autistic victims and witnesses. Research suggests that the use of the context reinstatement and free recall instruction (e.g. asking the interviewee to remember the physical or psychological features in existence at the time the event was experienced) may ‘overload’ an autistic witness due to an inability to edit out irrelevant information.[vii]

More positively, research further suggests that autistic interviewees can provide as complete and accurate information as neurotypical people – but only if interviews are tailored appropriately. [viii]

How to overcome the challenge

As a serving officer I introduced a specific autistic session within the Achieving Best Evidence courses delivered by my force. Now retired, I provide in-depth training that delves deeply into the autistic condition and the interviewing issues that the condition raises.

The police service, and other agencies obliged to interview or conduct conversations with autistic people, must provide a satisfactory service to the autistic community. Better interviewing outcomes will be achieved if interviewers have a significant awareness of the autistic condition. This includes the types of common spectrum conditions, the psychological, communication (both receptive and expressive) and an understanding of the relationship between autism and the criminal justice system.

The importance of effective planning and preparation for an interview with an autistic person cannot be overstated. The assistance and advice of family, friends or professionals who know the interviewee, can be invaluable to the interview process. Interviewers must take account of the sensory sensitivity of interviewees that includes a suitable venue for an interview. Issues around eye contact, physical contact, interviewer behaviour and interviewee behaviour (including stimming) need to be appreciated as does the type of investigative questioning and strategies that have been shown to be effective when interviewing autistic victims, witnesses and suspects.

Despite some common traits within the autistic community, Dr Stephen Shore’s quote, that “If you’ve met one person with autism, you’ve met one person with autism”, should be a starting point for interviewers. Interviewers must appreciate that as long as they treat each autistic interviewee as an individual, and use appropriate interviewing techniques, they will offer the best possible service in giving that interviewee an effective voice in the criminal justice system.

Share on FacebookShare on TwitterShare on Linkedin
Philip Morris

Phil Morris, MSc LLB (Hons) PGCE is the director of Specialist Communication Techniques. Phil retired from Greater Manchester Police in January 2016 after 30 years of service. Since 2002 he has delivered training in the fields of vulnerable witness interviewing, sexual offence law and initial police action following the report of a sexual offence.
As a serving officer Phil trained both uniform and detective officers, military police investigators and social workers in accordance with the Home Office Guidance document, Achieving Best Evidence in Criminal Proceedings (ABE). He has travelled to Iceland on numerous occasions to deliver this training to the Icelandic police, prosecutors and government staff working within the field of disability and Autism.
Outside of law enforcement Phil has taught psychology students studying eye witness testimony modules as part of their masters and under-graduate programmes at the Manchester Metropolitan University and the University of Bath.
Over the years he has developed a keen interest in the interviewing of Autistic people. He completed an MSc in Child Forensic Studies at the University of Leeds in 2010. This included a final dissertation focused on the quality of police training in relation to the interviewing of vulnerable people. As a result, he introduced a dedicated autism element to the advanced interview training at Greater Manchester Police.
Phil is now Director of Specialist Communication Techniques providing ABE training and specialist training in the forensic interviewing of autistic people. He has recently delivered this training to staff from the NHS, Independent Office for Police Conduct and Children’s Services. Phil continues to teach within the police service and has recently trained staff from, Greater Manchester, Lancashire, Cheshire and the Metropolitan Police. All Phil’s training is accredited by The CPD Certification Service.
Phil is a member of the National Autistic Society (NAS)and has been accredited by the NAS as a trainer in his specialist field. He is a member of the Autism Criminal Justice Forum for the North West of England and is also a volunteer on the NAS Forum representing the North and Central England Region.

Autism self-advocate Rebecca Witonsky discusses why she thinks the social model of disability is better than the medial model.

By Karen Weeks Aging Aging is inevitable, but how you age isn’t. Some seniors are…

Action, Advocacy, and Friends: The Birth of AASCEND

Sixteen years ago our family didn’t have any adult friends on the autism spectrum, now we have a whole roomful of them.