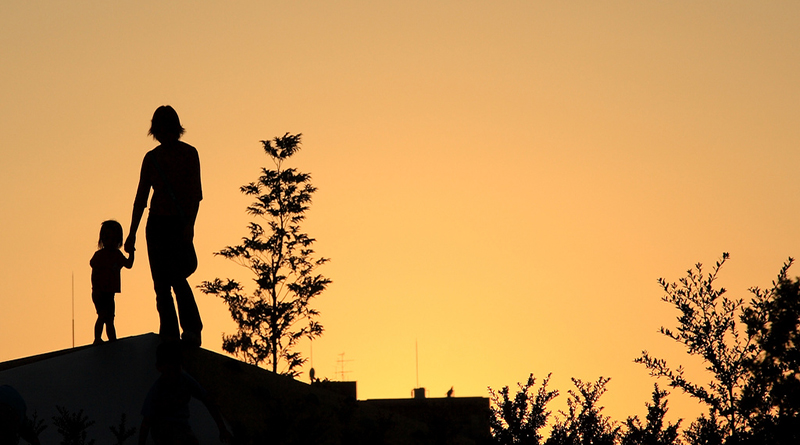 I wish I could speak to you for just a moment to say, “It’s going to be OK,” even offer you a glimpse of Tanner’s future. Right now you are overwhelmed with his recent diagnosis of oral and verbal apraxia, hypotonia, sensory processing disorder and dysarthria by SLPs, a pediatric neurologist, and a developmental pediatrician. It’s a lot to ingest. You’re still processing the meaning of what the SLP meant when you jokingly asked her if he’ll ever talk, and she answered, “Well, it depends.” You’re wondering how it’s possible to have a child in speech and other therapies six days a week and progress is still so pitifully slow.

You are trying to learn about speech, motor planning impairments, neurology, special needs, special education, and special education law, all while still trying to get a handle on general parenting. And even on a good day, not knowing who, if any of your friends, will understand if you bragged that he just said “mama” for the first time at 3 years old when their 3 year olds are discussing the plot of Toy Story 2.

I want you to know there is hope, and that maybe all he is going through right now will make him a better person in the future.

Early on don’t let the negative opinions of professionals make you give up your belief in Tanner. Nobody knows him like you do. Like when he tests for kindergarten and you’re told he needs to be schooled in a self-contained learning disabled placement- advocate for mainstreamed kindergarten. “He didn’t just make it, he was one of the top students in my class,” is what the teacher will end up telling you.

Take him to as many private professionals as you can afford for formal, unbiased testing. Sure, you need these for school, but also for Tanner so he can see how smart he is. His self-esteem will be thanks enough.

Don’t let him or anyone confuse not being able to talk with not being able to think. Once he starts talking you will see that he’s thinking all the time. Not being able to talk frustrates him more than it frustrates you. Remind him you and his therapists are helping him learn to talk because one day he will. He is listening to everything you say, I know this because he told me. Remind him to remember his thoughts “really hard” so when he learns to talk he can tell you what it is. That will make him smile. You know what an amazing memory kids with apraxia typically have.

Tanner doesn’t want anyone to look at him as “special needs” because of his apraxia, but he wants to show that apraxia can’t stop him from doing anything he wants to do even if sometimes it can get in the way a bit.

From signs and sounds to actual words, Tanner is never going to give up. I want you to know that simple sign language stuck with him even though he’s become an eloquent speaker. Apparently he remembers “talking with his hands” and he loves his sign language class, where he’s graduating with honors from a college level 3 class he was selected for.

Tanner believes both debate and sign language will help him on his path to becoming a special education attorney so he can help others like him.

Today Tanner has a sophisticated vocabulary, I’d say he’s well above average in that regard. Even though his speech may break down when he’s sick, stressed, or tired, many people today have no idea he was ever special needs. After being in a mainstream school placement since kindergarten, your “little guy” is 6 foot 6 and 18-years-old and I just watched him graduate from high school with an average 3.5 GPA. All four years of high school he was in honors classes with no IEP or 504 plan, no accommodations of any sort, and no need for any. I’m so very proud of him.

It’s funny how you cried watching him graduate from preschool, but not high school. Your fears of his future are gone.

I wish I could tell you that it’s going to be easy getting to where we are now, but it was a long road. There was over a decade of various therapies, too many IEP meetings, file cabinets full of evaluations for metabolic and genetic testing, and other paperwork from neurologists, therapists, and even a pediatric gastroenterologist.

You will learn that his speech is better after a day of going on rides that have a stronger g-force, so in addition to traditional therapies, weekly visits to theme parks will become the norm. You will figure out nutritional strategies that will help. You will go outside the box despite some folks laughing at your methods. You will start support groups and even write a book or two to share what you learned. And your inspiration is Tanner and his brother Dakota, both of whom were “late talkers” who overcame.

Because of them I’m working on a media project Late Talkers, Silent Voices with a phenomenal group of people to bring acceptance, support and a voice to those impacted by communication disorders.

Sometime after he learns to talk Tanner is going to tell you and everyone that if it wasn’t for his mom he’d never be where he is today. I know right now none of this seems possible, but just remember to always give your son that benefit of the doubt. We all deserve at least that.

Share on FacebookShare on TwitterShare on Linkedin
Lisa Geng

Lisa Geng got her start as a designer, patented inventor, and creator in the fashion, toy, and film industries, but after the early diagnosis of her young children she entered the world of nonprofit, pilot studies, and advocacy. As the mother of two “late talkers,” she is the founder and president of the nonprofit CHERAB Foundation ( http://www.cherabfoundation.org/ ), co-author of the acclaimed book, The Late Talker, (St Martin’s Press 2003), and is instrumental in the development of IQed, a whole food nutrition meal replacement. Lisa currently serves as a parent advocate on an AAN board for vaccines, and is a member of CUE through Cochrane US. Lisa is currently working on a second book, The Late Talker Grows Up and serves as a Late Talkers, Silent Voices executive producer. She lives on the Treasure Coast of Florida.

Kudos to Comedy Central’s “Night of Too Many Stars”

More Big Steps for Individuals with Autism, Families, and Housing in 2017

Denise Resnik discusses First Place Arizona, and how their recent groundbreaking marks a personal milestone of progress for helping people on the autism spectrum achieve independence.

Bridging the Gap Between the Autistic & Non-Autistic Ways of Thinking