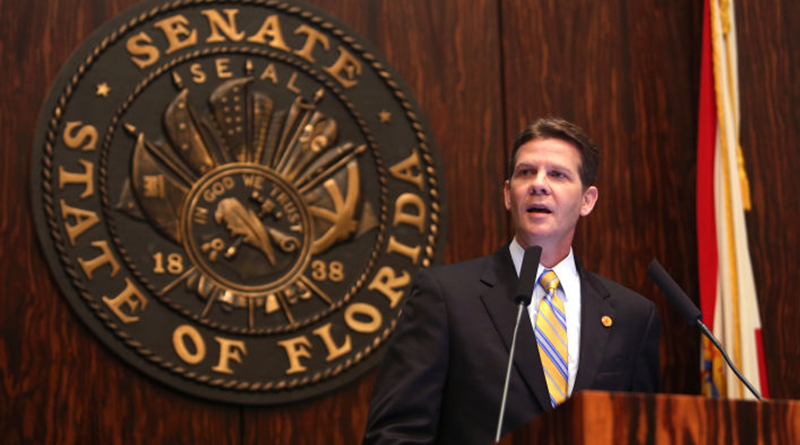 “All children deserve the opportunity to pursue their own unique educational and career goals. Unfortunately… all too often children diagnosed with developmental disabilities lose out on important opportunities as services are provided through a one-size-fits-all system that too frequently leads to a life of government dependence.”

That may sound like a quote from my book “Aspertools: The Practical Guide for Understanding and Embracing Asperger’s, Autism Spectrum Disorders and Neurodiversity”… especially the part that laments our one-size-fits-all system. But it’s not. Those words came out of the brain of State Sen. Andy Gardiner, R-Orlando, who is president of the Florida Senate. I read them recently in his op-ed in the Sun Sentinel.

At first, I thought the newspaper had decided to run a fictional, satirical piece. After all, all we hear in the media is that Republicans and Democrats just can’t get along, can’t get anything done, and seem to not care about the welfare of those whom they represent. But wait a minute. Maybe… …Maybe Andy Gardiner, whose son has some challenges and unique abilities , really is heaping praise upon his colleagues from both sides of the aisle. This month they are bringing to the Senate floor a package of legislation that will benefit those with unique abilities. His proposed legislation will greatly expand preK-12 education options for students with unique abilities through the Personal Learning Scholarship Account (PLSA) Program. Created in 2014, PLSAs provide K-12 students who have a disability with the option to apply for scholarship funds that can be used to pay for a range of education options, including specialized services and therapies, instructional materials, tuition at a private school or tutoring.

The program was expanded in the 2015-16 budget, for one year only, to include additional students on the autism spectrum, students with muscular dystrophy, and 3- and 4-year olds with unique abilities. But 2016 legislation by state Sen. Don Gaetz, R-Destin, codifies this extension in state law, and would permanently expand the pool of students eligible to apply for a PLSA.

Like so many Americans, I’m disgusted by the polarization that has led to the paralysis that prevents anything meaningful from getting done at the federal, state and local levels. Some months ago I met with one of our elected representatives about this same matter. It doesn’t matter from which party. The meeting, which was scheduled for 20 minutes, lasted an hour and a half, got pretty heated and ended with me saying, “So you mean to tell me that you have a bill, and somebody from the other party has a bill, and they’re both good bills, yet nothing is going to happen? That’s [expletive deleted] ridiculous.”

The representative then told me with a dismissive smile that I was naïve to think that something good would happen when there was this much partisanship going on. It made me want to lock both political parties in the room and not let anyone leave until something… anything… got done.

And although the legislation proposed by Sen. Gardiner is not a done deal (he hopes it will be passed at the end of January), at least Republicans and Democrats in the Florida legislature are working together, and (if I am understanding it correctly) are supporting each other’s bills.

In the op ed, Andy Gardiner gives praise to members of BOTH parties, such as Sen. Jeremy Ring, D-Margate, and Sen. Eleanor Sobel, D-Hollywood, Sen. Nancy Detert, R-Venice, Sen. Dorothy Hukill, R-Port Orange. All are apparently working together on real bills that will deliver much needed resources to maximize economic independence for people with unique abilities. Kudos to these representatives for putting common sense governing ahead of partisan politics in order to at last tackle some of the challenges facing those of us whose brains are a bit different.

If they backtrack, we — the citizens of the new world of different brains — know what we have to do. We have to demand positive, sensible approaches to understanding and embracing neurodiversity… for the benefit of ALL of us. We have to make our political leaders realize that each of their brains is different, and that they must rewire their brains to get along, to seek common ground, and to help every citizen maximize his or her potential for economic independence in life, liberty, and the pursuit of happiness. The featured image of this article is by Scott Keeler, of the Tampa Bay Times. Originally published here.

A Community Smiles: Building Hope for Adults With Autism

Cleaning out closets, drawers and the garage seemed like a good plan for ringing in the New Year. Matt’s closets took the longest. The biggest challenge: parting with the cue cards, flashcards, Velcro-backed picture cards and all kinds of games, systems and tools that have helped Matt learn, communicate and advocate for himself.

How Trauma Can Hijack Your Life

Darlene Lancer, JD, LMFT discusses how trauma can change the way we react to possible threats and dangers.

Neurodiversity and Fitness: The Value in Exercise for Different Brains

Steven Dinnen discusses the importance of exercise for anyone that may have a different brain, and the fitness challenges neurodiverse conditions can present.