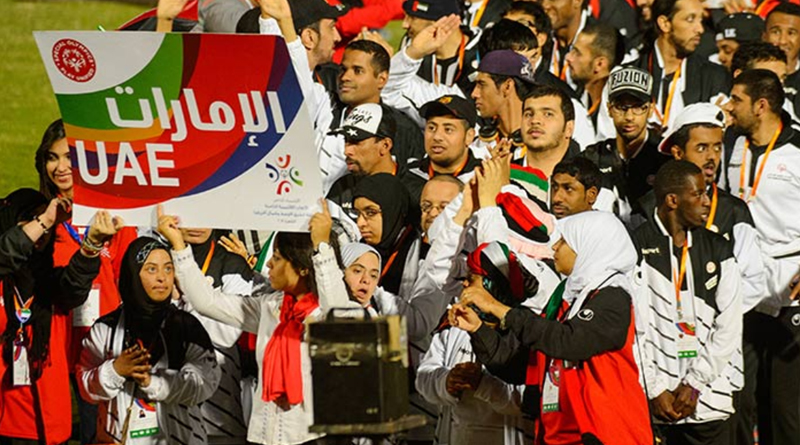 The Special Olympics takes the prospect of the original Olympic Games – bring together people and competitions of all different origins, places, and creeds – and adds another dimensionality: people of different abilities and brains. While each event celebrates inclusion and neurodiversity through its existence alone, the upcoming Summer 2019 Special Olympic Games aim to make history by supporting acceptance and inclusion of individuals with intellectual disabilities in a brand-new region of the world.

Just over two years from now, the world will see the Special Olympics held in a Middle Eastern and North African (MENA) region for the first time – Abu Dhabi, the capital of the United Arab Emirates (UAE), to be exact. In November of last year, the international board overseeing the Special Olympics announced their choice to a positive reaction from the President of UAE, His Highness Sheikh Khalifa Bin Zayed, and the Regional President of the Special Olympics in the MENA region, Ayman Abdel Wahab. Wahab originally presented the bid to the board, and representatives were thoroughly impressed by UAE’s commitment to promote inclusion for those with a range of intellectual disabilities, as evidenced by the response below from the Chairman of the Special Olympics, Timothy Shriver:

“Having the Special Olympics World Games in Abu Dhabi is revolutionary for our movement and for the Middle East Region.”

“Hosting the World Games in the MENA region has been a dream and one of my greatest goals and we are ready to start turning the dream into reality,” Wahab said. He added that the UAE has “means, the desire, the motivation, and the spirit” for the Summer 2019 games, and he hopes it serves to “raise awareness, break down stereotypes” and “create an inclusive community.” President Zayed also had the following to say in response to the decision in a tweet:

Since its inception in 1968, this offshoot from the mainstream Olympic Games has proved it is anything but a lesser competition. By providing an avenue through which individuals with differing abilities can push their athletic capabilities to the limit, the Special Olympics establishes that inclusivity does not have to come at the cost of excellence. Through their coaches, athletes, families, volunteers, and various training programs and initiatives, this committee aims to reach 200 million people with intellectual disabilities throughout the world – and create a more inclusive and accepting one in the process.

You can look forward to the games in March 2019, but more details should be revealed soon through a press conference in Abu Dhabi. In the meantime, keep up with updates from Special Olympics International on their official website, here, and consider supporting their ongoing mission to celebrate neurodiversity here.

And our episodes featuring Dr. Steven Perlman, co-founder of the AADMD and the man behind the health care services offered through the Special Olympics. 47 Second Preview:

Share on FacebookShare on TwitterShare on Linkedin
Jeff Edelstein

Jeff Edelstein is currently a senior at Florida State University studying Management Information Systems and Music while researching the college experiences of adults on the autism spectrum. He will be pursuing graduate studies in higher education with a focus on supporting those on the spectrum and other students with disabilities this fall at the University of Michigan. His brother is diagnosed with PDD-NOS, and was his initial inspiration for his work. Jeff is also an avid juggler/joggler, pianist/accompanist, a novice slack rope walker, and is always eager to help others learn those skills as well.

The work of University of Iowa assistant research scientist, Phillip Evan Gander, and his research team, may be bringing misophonia closer to an official diagnosis.