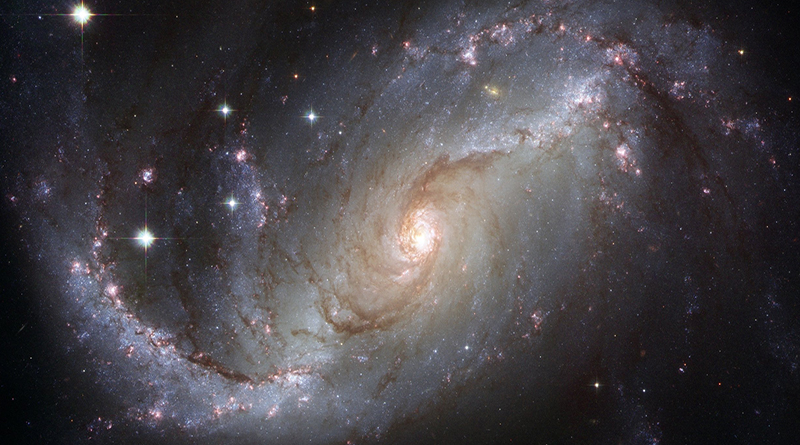 At only nine-years-old, a bright child and author, Denim Padberg, has released a quantum physics guide, called “How Relative is Relativity? An 8-year-old’s Guide to Quantum Physics,” explaining his theories on black holes and the birth of the universe.

The guide he published last year, at the age of 8, was encouraged by his years-long pursuit of knowledge. He says he can still recall how it all began one day when he was 2 ½ and attending a baby shower. The hostess was handing each child a toy dinosaur, and he was fascinated by his tiny Tyrannosaurus Rex. “I was like, ‘What is this thing? I need to know!” Said Padberg. From there, he wanted to know about the asteroid that struck and wiped out the dinosaurs some 65 million years ago (actually, he pointed out that it was closer to 65.5 million years,) in what is now Mexico’s Yucatan Peninsula. “And then I was like—asteroids. I want to learn about asteroids.” From there, it snowballed. He wanted to learn about the solar system and the stars, and the atoms and universe. “And that’s quantum physics,” he said.

Denim is only in fifth grade and managed to catch the attention of Republican Representative Jason Harper of Rio Rancho, a chemical engineer—and not just because of his extraordinary scientific endeavor of writing and publishing his book. Padberg is also becoming a young spokesperson about the challenges of dyslexia—a learning disorder that affects millions of Americans.

Harper invited Denim to the Capitol last week, where he was honored on the House floor with a proclamation congratulating him and acknowledging his accomplishments as a “twice exceptional” student—he is both gifted and dyslexic—and noting, above all, that he “delights everyone with his wonderful, sarcastic humor.”

It was a big day at the Capitol for young Denim. He was thoroughly bushed during an interview afterward, and he had met with the Speaker of the House Don Tripp, R-Socorro, ahead of his congrats on the House floor. He was also whisked up to the fourth floor, where he met Governor Susana Martinez.

“That was really amazing,” said his mother, Michele Padberg, who had escorted Denim to the Capitol, along with his father, Jesse Padberg. This was a lot of excitement for a kid who spends most of his time in the quiet town of Dixon, New Mexico, where his parents own and operate the Vivac Winery.

Denim started school young and skipped a grade and is now a fifth-grader at the Taos Academy. He attends classes at the campus two days a week and then works at his own pace throughout the rest of the week, completing computer-based assignments. It’s a good setup for him, because if he finds a lesson too easy, he can simply test out of the material and move on.

“He’s thriving,” said his mother. His experience at the Taos Charter School is a far cry from his years in public school, where he was “languishing.” She doesn’t blame the staff at Dixon Elementary School, and neither does he. His intelligence and dyslexia can be confusing for teachers, they said. On one hand, Denim was an advanced student, forming his own theroies on things like the impending death of the universe. On the other hand, he sometimes couldn’t tell the difference between a Z and an S. “And I kept flipping B’s and D’s,” he said.

Denim is not embarrassed about his dyslexia, though, and he knows he isn’t alone. The disorder likely affects far more people than those who are diagnosed and treated—estimates range from 5 percent to nearly 20 percent of the population. Typically, kids and adults with a minor form of the condition usually don’t know it. They are often the people with social media posts full of spelling errors, and those who sometimes confuse their left and right hands or can’t remember the directions to a friend’s house.

This article is based on one originally published in the Santa Fe New Mexican, which can be read here.