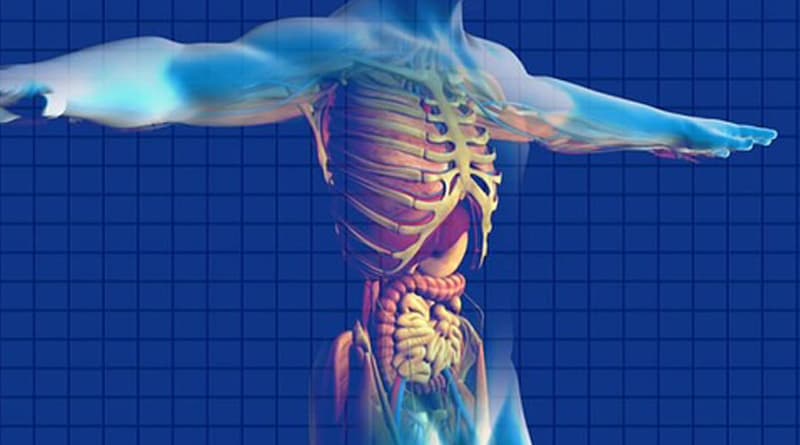 After a five year study, State University of New York Upstate Medical researcher Julio Licinio of Syracuse, New York, and his international research team, have made groundbreaking findings that could revolutionize current methods of schizophrenia treatment. Though many would think the integral factor of schizophrenia would be in the brain and to be treated with an anti-psychotic, they would be shocked to find that there may be a stronger link to the bacteria in the gut.

Schizophrenia is a biological illness, affected by both genes and the environment. It is a mental disorder that affects 0.5-1% of the global population. While this may seem like a small number, it would roughly translate to 38.5 million individuals living with the illness. It is often misconstrued for Dissociative Identity Disorder (DID), more commonly known by the former name multiple personality disorder, when in fact it is a form of psychotic disorder. A psychotic disorder is a form of mental disorder that causes psychosis. A psychosis creates distorted, abnormal thinking processes that make the individual perceive reality in a different manner. Other mental disorders can also cause psychosis, such as depression, bipolar disorder, dementia, borderline personality disorder, etc. Psychosis is a neurological condition that is made better or worse by environmental factors, like drug use and stress. However, psychotic disorders are identified by their causing of psychoses. Reality is blurred from non-reality through the two main symptoms of delusions and hallucinations.

Schizophrenia is only one type of psychotic disorder, but is chronic and severe, nonetheless. Symptoms of the disorder generally begin between the ages of sixteen and thirty, and is infamous for its disabling nature. Children with schizophrenia are very rare, but still possible. Not only can schizophrenia cause delusions and hallucinations, but also make the individual speak less, feel less emotionally, show less expression of such emotions of what they find satisfactory or pleasurable in life. It can agitate body movement, making it difficult to begin, let alone sustain, an activity. The causes of schizophrenia are still unknown, leaving anti-psychotic medication, psychosocial treatment, and Coordinated Specialty Care (CSC) as the best choices of treatment, if even available to the more severely affected population.

Thanks to the research of Dr. Licinio and his dedicated team, there may very well be a solution in the gut microbiome, which refers to the domestic bacteria that exists in our intestinal tract. Even if some humans have similar forms of bacteria within them, micro biomes within the gut are generally distinct from human to human. Through the process of genetic sequencing of the gut micro biomes of both healthy individuals and those with schizophrenia, their team found a trend of lower bacterial diversity in the tract of schizophrenic patients than of healthy individuals without the illness. By studying the brains of mice after a gut bacterial transplant, the research team found that there were considerable changes in glutemate, or glutamic acid, which is disregulated within individuals with schizophrenia. This disregulation of glutamic acid is predicted possible to be mediated by these gut microbes. Similar research has been performed by the Kilee Patchell-Evans Autism Research Group, where Director Derrick MacFabe it looking for similar gut / brain relationships for autism.

The correlation was found when germ free lab mice were subjected to gut micro biome implantations from individuals with schizophrenia, resulting in those subject mice developing schizophrenic symptoms. Another group of mice were given a similar transplant, but from healthy gut microbiomes, resulting in no changes of behavior or production of such symptoms. This led to Licinio’s realization that a new form of treatment may be very close to the horizon. “This would give us a completely new pathway toward treating schizophrenia,” Licinio claims. “No treatments that we give today are based on a change of the microbes in the gut. So if you could show that would change behavior in a positive way, we would have a whole new way to approach schizophrenia.”  Colleague Ma-Li Wong, MD, Phd, also would comment on the discovery, “We understand schizophrenia as a brain disease. But maybe we need to re-examine this line of thinking and consider that maybe the gut has an important role.”    The capability of changing human behavior through manipulation of gut microbes is a groundbreaking discovery, and can change how we approach certain forms of mental health treatment, on a grandiose scale.

For more information on their research at the State University of New York Upstate Medical University(SUNY) in Syracuse, New York, visit the school’s website at www.upstate.edu/research.

Celebrity Chef Jamie Oliver on the Benefits of Dyslexia

Oliver is among the 1 and 10 of us who have dyslexia, which he says has played a major role with helping him build a one-man brand worth around 400 million dollars.

A Letter for Alzheimer’s Advocacy Accepted into Congressional Record

Advocate and early-onset Alzheimer's sufferer Michael Ellenbogen has written a letter to Congress that highlights both the societal and personal toll the disease can cause.

Man Canoes Across Canada for PTSD

Ranta is traveling along with his dog Spitzii to bring awareness to the issues caused by PTSD and honor the veterans of Canada.