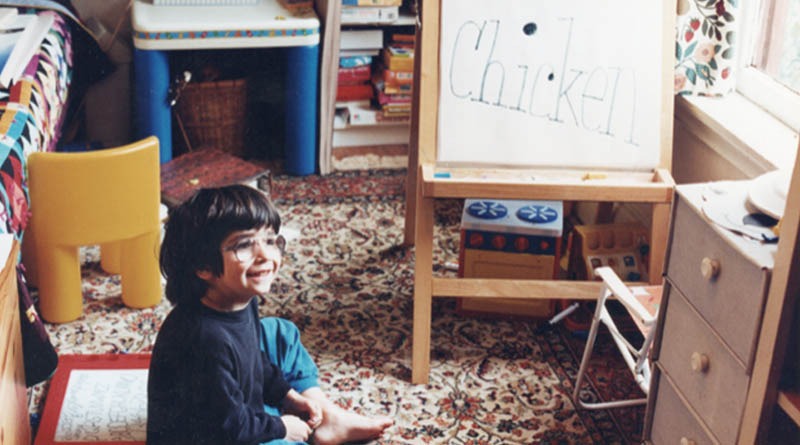 Getting my autism spectrum diagnosis

As a young boy, I would notice from time to time ways in which I differed from my peers. Developing friendships was often more of a challenge for me, as was physical activity (I frequently spent recess walking around on my own and I didn’t learn to swim until I was eleven). I tended to flap my arms when excited or anxious and not have much of a sense of when I was being weird or inappropriate. In grade school I was one of a handful of students to participate in therapy and psychology sessions during school hours. On the other hand, I was writing out “Czechoslovakia” in multiple fonts at the age of three and was praised for my intelligence by my kindergarten teacher, who predicted I’d find the cure for cancer. I also spent a lot of time drawing the same subjects over and over.

When I was three, I was assessed for a diagnosis of Asperger’s Syndrome, and I made the assessment easy by stimming quite intensely. Though I wasn’t told of my diagnosis at the time, it got me support from an early age. This included the start of sessions with a pediatric neurologist who I still see to this day, becoming a client of the Regional Center of the East Bay (which supports developmentally disabled individuals and their families), and being placed in a special ed preschool class. One result of the class was that I went from delayed speech development to talking excessively. My stimming behavior received mixed reactions, which was typified by my paternal grandfather being concerned something was wrong with me while my maternal grandfather thought I was like a hummingbird. Other signs of my neurodivergence at this point in my life included getting upset when I couldn’t make toys look exactly as they appeared on the box and refusing to enter the water when I was signed up for swim lessons.

At the age of five, I was enrolled in an elementary school just a few blocks from my house. The principal at the time was someone who understood the needs of students on the autism spectrum, but she unfortunately left the job before the new school year began. Thankfully, I still received special education services such as an individual education plan and the aforementioned therapy and psychology. This included both speech and occupational therapy sessions. Outside school I attended additional regular psychology sessions, as well as both a playgroup and a YMCA group both for kids on the spectrum.

While these supports were helpful, I still faced a number of social and academic challenges. During the first grade one classmate decided from the start that he didn’t like me and convinced a number of other classmates to join him in excluding me, including one classmate who had made an offer of friendship on the first day of school. My teacher that year didn’t do that good of a job of addressing the issue, and that wasn’t all that was problematic about her, as there was one incident where she ripped up one of my assignments because I procrastinated on it for too long. Come the third grade, I had some interactions with older students who were willing to be friends only if I said and did stupid things. Once I refused, they regularly started saying at recess that they hated me, but I chose to keep engaging with them rather than just ignore them (interestingly enough, I re-encountered one of them in high school and we both admitted to being weird in grade school). I had one close friendship with a classmate in the fourth grade, but he moved and switched schools shortly into the following school year. My main academic challenges were connected to my tendencies to procrastinate on schoolwork, though I still received good grades. It was also during this period that I stopped refusing to go in the water and learned to submerge my head, though at the time I still didn’t learn to swim or become particularly comfortable in the water.

Learning of my diagnosis

Once I was in the fifth grade, my parents finally revealed my diagnosis to me, and I was happy to have an explanation for some of my differences, though I thought it would’ve been nice to be told sooner. This coincided with me increasingly exhibiting traits of obsessive compulsive disorder, which I learned is common among people on the spectrum. Knowing I had these diagnoses felt similar to having a weight taken off my shoulders and made it possible to advocate for myself while helping me better identify with others with the same diagnoses.

I am personally of the opinion that it didn’t necessarily hurt my personal growth to be informed of my diagnosis late, but I would still recommend to parents and guardians of children on the spectrum that they say something sooner rather than later, particularly if the kids feel curious about or alienated by being different. This also has the benefit of helping neurodivergent youth to come together in a community earlier on which can provide important social support for them.

Is Your Client’s Mental Capacity Affecting Their Decision-Making Abilities?

Autism and Me: Life on the Spectrum

Self-advocate, Noah Najjar discuses his life with Autism and talks about the positive side of it.