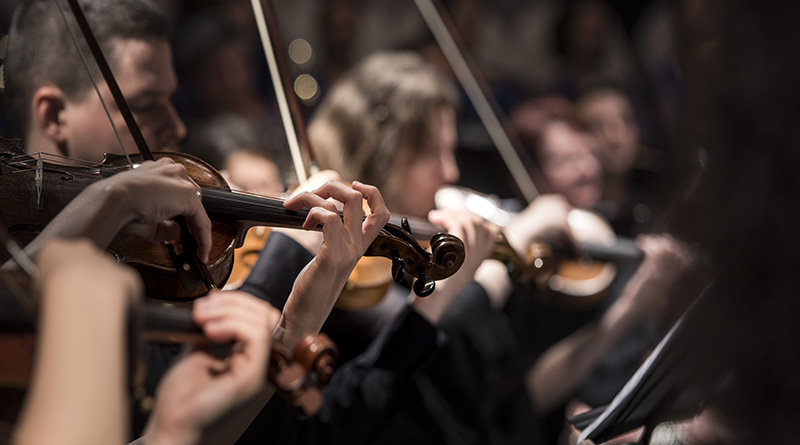 From my own viewpoint as a performing musician, there is surely no better way to advocate for the benefits of music in the brain than by presenting a unique chamber music concert specifically designed to emphasize these benefits. Music has the exceptional power to redirect and enhance neural networks for those with such conditions as autism, stroke, traumatic brain injury, Parkinson’s disease, and other neurodiverse challenges. In order to raise awareness of this knowledge, Olivier Messiaen’s magnificent composition Quartet for the End of Time will be the focal presentation at a concert at the Roland Hayes Fine Arts Center on the campus of the University of Tennessee at Chattanooga at 7:30 p.m. on November 18, 2016. The concert, which is free and open to the public, will be preceded by a lecture at 7:00.

Olivier Messiaen had synesthesia, a neural anomaly that affects only one in two thousand people. Synesthesia manifests in a jumbling of the sensory system wherein one sensory sensation triggers a response in a different sensory area. Those affected with this disorder may experience a relationship of colors with letters, sounds, or words. Messiaen commented, “I see colors–if only in my mind–colors corresponding to sound. I try to incorporate this into my work…they’re musician’s colors, not to be confused with painter’s colors. They’re colors that go with music.”

Messiaen could see sound and hear color, and this rare physiological ability to transcribe sound into colors and also his devout Catholic faith were major influences on his compositional style, even before he was conscripted into the French army during World War II. But it is likely that his internment in June 1940 as a German prisoner in POW camp Stalag 8A in Gorlitz, Poland, created a new personal reality of his music, and also served to deliver him from the horrors of war.

Quartet for the End of Time was written in its entirety while Messiaen was a prisoner of war. He would later recall that the dismal sight of the inmates in various stages of starvation and cold, as well as his own extreme physical and psychological hardship, influenced his dreams with an exceptional amount of coloration, which was the inspiration for the composition. The unusual scoring of piano, cello, violin, and clarinet resulted from the limitations of instruments and competent musicians that could be found at the camp. The premiere took place on January 15, 1941, in front of an audience of three thousand prisoners and their guards. Messiaen later wrote, “The cold was excruciating, the Stalag was buried under snow. The four performers played on broken-down instruments. Etienne Pasquier’s cello had only three strings, the keys on the piano went down but did not come up again. But never have I had an audience who listened with such rapt attention and comprehension.”

Ethereally beautiful, the work is written in eight movements. An inscription in the front of the score quotes the Book of Revelation: In homage to the Angel of the Apocalypse, who lifts his hand toward heaving saying, ‘There shall be time no longer.’ Rather than a violent apocalypse, however, Messiaen maintained a hopeful approach, despite the appalling circumstance under which the piece was written. Two movements in particular, that feature the cello and the violin, transcend the reality of the camp’s circumstances by creating a mystical tranquility that builds to a gorgeous culmination before slowly disappearing into utter peacefulness.

The dreadful circumstance of finding himself in a POW camp could have destroyed Messiaen’s creativity and morale, but with the help of his music, he rose above these conditions and composed one of the most brilliant musical works of the 20th century. His experience illustrates how music could help with those who are suffering the effects of Post Traumatic Stress Disorder (PTSD) from traumatic circumstances of all varieties. Imagine how many could be helped by participating in a musical experience that can potentially alleviate some of the stress and help overcome trauma that leads to PTSD.

Synesthesia and PTSD are not the normal topics on display at a beautiful chamber music concert, but bringing such issues to light in this venue will help the audience to think of music in new and different ways. 2016 is the 75th anniversary of that amazing premier of Quartet for the End of Time, and it’s a perfect time to showcase this great piece of music. We hope that doctors, therapists, musicians, educators, and caregivers can work together and invent brilliant new ways to use music that will help the neurodiverse community and all mankind, in both the physical and emotional realms. The concert series in Chattanooga, now in its fourth year, is established for that purpose.

Here is youtube video of a previous performance of a selection from “Quartet for the End of Time”:

Martha Summa-Chadwick, DMA, has achieved a wide reputation as a performer of chamber and solo works for piano and also as an advocate of the use of music in therapy. She holds a Bachelor of Music degree from the Hartt School of Music, a Master of Music degree from the University of Tennessee at Chattanooga, and a Doctorate of Music Arts degree from the University of Kansas. Dr. Summa-Chadwick has performed in roles of both piano and harpsichord soloist with orchestras in New York, Connecticut, Massachusetts, Maine, and Alabama, and has also specialized in performing 20th century chamber and solo works. She is currently on the faculty of the Cadek Conservatory in Chattanooga and is the Executive Director of the nonprofit organization Music Therapy Gateway In Communications, Inc.

Cholet Kelly Josué discusses emotional intelligence, and the role it plays in having successful relationships and interactions with other people.