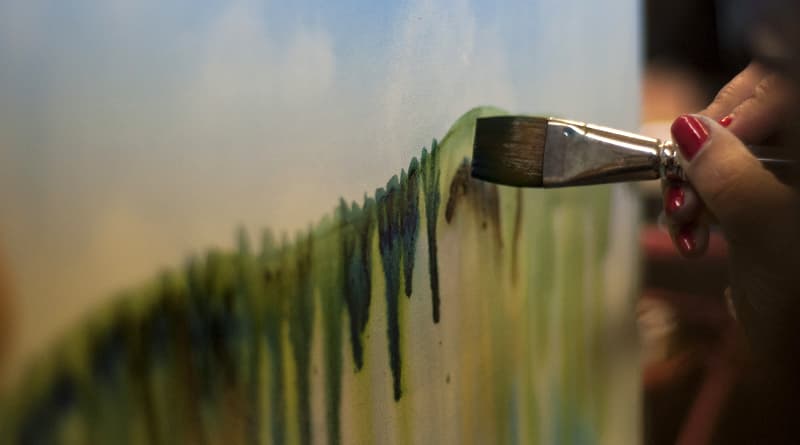 In 2014 my mother and best friend made a crucial decision that would affect everyone in the world around her forever. She decided to take her own life. This was something no one with a crystal ball, tarot cards, horoscope insights, or a time machine could ever have figured out. Devastating was not an appropriate word to convey the weight and magnitude of what took place. After this happened there were a few things that compounded the situation. A few weeks before mom’s suicide my wife and I lost a child. She was over three months pregnant. Then consequently became pregnant again.

We successfully became parents to a beautiful daughter for the second time… thirteen years after our first child. This was a much needed distraction from tragedy. Now I was beginning to think about how I could honor my mother. My dilemma was how do I do that. This was heavy on my mind until 2017. In April of 2017 my son and I were in a terrible car accident that left me with two hip surgeries in three months. Thankfully my son was uninjured. Now I had nothing but time. So I decided to start a foundation in her name that addressed mental health issues. It would be called the Susan D. Lyons Foundation for Hope.

Setting the Foundations for Hope

I decided after meeting with mental health professionals from all over South Florida that art therapy would be our focus. I decided on art therapy after trying to figure out what would work and be affordable as all costs would come from my own pocket to fund this. I remembered that one day my mother out of the blue decided to draw a train scene.

She got a drawing pad and pencils and just started drawing. What she created was absolutely remarkable. She had worked on Amtrak for a few years which is where the inspiration came for that particular piece. So with this grand idea in my heart it was now decided. March 2018 it was born. Now after a devastating tragedy and an unforeseen car accident the sun shined once again. We originally started at the Hollywood Beach Art & Culture center in the June of 2017.

Twice a month. No one came. For almost a year. I kept thinking there has to be a better way. My wife and I bought a house in the West Hollywood/Pembroke Pines area and one day I thought I’d reach out to the local Community Center two blocks from our new home. It was called the Boulevard Heights Community Center. It would be perfect. So I inquired. Hoped. Prayed and waited.

Then it happened. Magic happened. We were introduced to a wonderful group of seniors who have taken our “Painting in the Heights” sessions to the extreme. When I first started they were a little apprehensive of my process of no rules, do what you like format. I wanted it to be organic. I put on music they appreciate as they are predominantly Spanish speaking. Celia Cruz. Marc Anthony, etc. They thought I would be teaching and instructing and leading. I refused at every opportunity. My goal was to get the raw emotion and what was going on in their head to flow through to the canvas without barriers. One of my charges wouldn’t speak at all. He just looked at me.

The first day all he drew was a line. The next time a house. The next time a portrait. The next time an entire house and garden scene… and then something I never saw before. A smile. So to say that it has been a success is an understatement. Now they paint and dance and have a great time while creating beautiful works of art that would go otherwise dormant.

Mental Health and the Power of Art

There is a buddhist saying that says you can turn poison into medicine with the right intentions and I truly believe that is what happened. The power of art to help people with mental health is a very important step in opening up the stigma surrounding it and getting people help in the best way for them.

We currently are in partnership with Memorial Senior Partners at the Boulevard Heights Community Center and have between 15-20 seniors that paint in our flagship program called Painting in the Heights every month. They have created over 100 pieces of art since we started and the Community loves it. It is nothing short of a miracle. I did it. The tragedy that was synonymous with my mother’s name turned into pure magic. Now my mother’s name is synonymous with happiness, joy, painting, expression and LOVE. This year has been amazing but the best is yet to come. You can find some of the art created on the foundation’s social media channels and learn more on our website at sdlf4h.org and email any questions to me at sdlf4h@gmail.com

Kevin Toliver-Lyons is the Founder and Executive Director of the Susan D. Lyons Foundation for Hope. The foundations flagship program “Painting in the Heights” provides free art therapy for people dealing with mental illness in South Florida. Kevin’s mother and founders namesake Susan D. Lyons took her own life in 2014.

The Evolutionary Advantages of Mental Illness

Comedian and mental illness self-advocate Frank King discusses how he feels the abilities that come along with neurodiversity may have roots in our ancestors.

Rachel Bédard, Ph.D. looks at "adulting," and examines how people, regardless of diagnosis, develop the skills they use as adults.

Bridges to Adelphi: A Model for Supporting College Students on the Autism Spectrum

Mitch Nagler discusses Bridges to Adelphi, and the model it has become for services colleges should offer students on the autism spectrum.