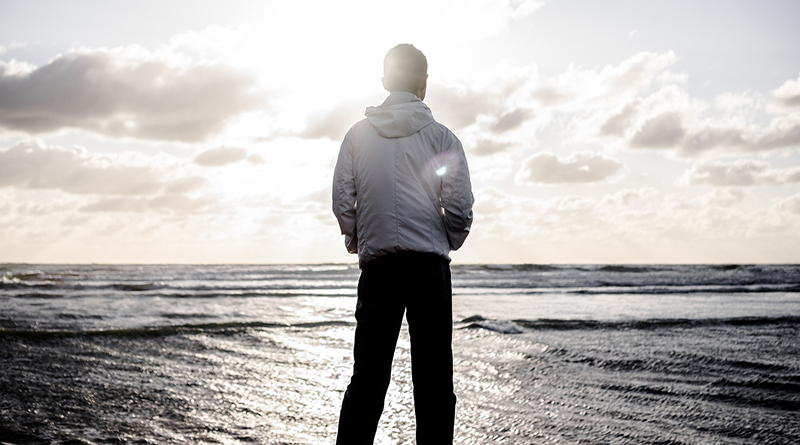 By David A. Grant

November 11, 2010, started out like most any day. My wife Sarah and I had celebrated our one-year wedding anniversary a couple of months prior and were settling down to the business of raising our children.

It was a pretty typical late November day. As a hard-core endurance cyclist, I wasn’t going to let the late season slow me down. At the time, I averaged twenty-five miles on my bike most every day. I was 49 years old, in the best shape of my life, and was looking forward to a long and uneventful life married to my best friend.

Like she did most every day, Sarah waved goodbye to me as I biked away.

Little did either of us realize that the next time she was to lay eyes on me, I would be strapped to a body board in an ambulance.

The local authorities estimated that the sixteen-year-old driver who t-boned me was moving along at 30 – 35 MPH. He never even hit the brakes.

It took months for the visible injuries to heal, but heal they did. My broken bones mended, my bruises faded from black to yellow to gone. On the outside, all looked okay. But looks can be deceiving.

There was one injury that remains unseen to this day. In addition to all my physical injuries, I was left with an unexpected consequence: a traumatic brain injury. In two ticks of a clock, everything I knew about life and how to live on a day-to-day basis was stripped from me in a twisted mess of bent metal and broken glass.

Over the years that followed, I had to relearn many tasks that I used to take for granted. In early 2011, a couple of months after my injury, I abruptly lost the ability to speak. What used to be fluid and easy became cumbersome and awkward. Aphasia became part of my new life. I developed an annoying stutter.

My disability has become my greatest teacher. Though I was never an intolerant soul, when I see someone struggling, perhaps in the checkout line at our local market, I am mindful that there might be more going on that meets the eye.

My ability to read melted quicker than an early spring snowfall here in New Hampshire. Memory problems abounded. And though new to me, these are all very common symptoms for someone with a brain injury.

I had been indoctrinated into a club I never even knew existed – I now live with an invisible disability.

Invisible disabilities are more common than most people think, with tens of millions of American living every day with disabilities that can’t be seen. Among the ranks of the invisibly disabled are those who live with depression, ADD, OCD, Asperger’s, Autism and Depression. We are a very ‘neurodiverse’ bunch!

It’s been many years since that fated day. Like anyone with an invisible disability, I still struggle. Developing compensatory strategies takes time, and my recovery will continue for a lifetime.

But there is a silver lining to all this. As I have come to find out, whenever the hand of fate seems hard, new lessons are learned.

My disability has become my greatest teacher. Though I was never an intolerant soul, when I see someone struggling, perhaps in the checkout line at our local market, I am mindful that there might be more going on that meets the eye. Perhaps they are “one of us.” Listening to someone who is having a hard time articulating now brings a new measure of tolerance and understanding.

As I move through my new life today, I am more forgiving, more compassionate and a better human being than I might have been had it not been for my injury. Sure, the struggles are very real. But these days, I feel more connected to humanity in a very real and meaningful way.

And as long as I focus on the blessings that have come to pass since 2010, I see clearly that my life has never been better.

Share on FacebookShare on TwitterShare on Linkedin
David Grant

David A. Grant is an internationally recognized brain injury advocate, freelance writer, keynote speaker and brain injury survivor based out of southern New Hampshire. He is the author of Metamorphosis, Surviving Brain Injury, a book that chronicles in the first year-and-a-half of his new life as a brain injury survivor. His second title, Slices of Life after Traumatic Brain Injury, was released in 2015. In 2016, David and his wife Sarah coproduced To Be Inspired: Stories of Courage and Hope after Brain Injury, a complication book of survivor stories. David is also a contributing author to Chicken Soup for the Soul, Recovering from Traumatic Brain Injuries and Chicken Soup for the Soul, Why I chose Gratitude.
As a survivor of a cycling accident in 2010, he shares his experience and hope through advocacy work including public speaking as well as his weekly brain injury blog. David is a regular contributing writer to Brainline.org, a PBS sponsored website. He is also a BIANH board member as well as a columnist in HEADWAY, the Brain Injury Association of New Hampshire’s periodic newsletter.
David is the founder of TBI Hope and Inspiration, a Facebook community with over 20,000 members including survivors, family members, and caregivers as well as members of the medical and professional community. In late 2016, David’s brain injury blog was awarded “Best Brain Injury Blog of 2016” by Healthline.org, a leading health information provider.
Together with his wife Sarah, they publish HOPE Magazine. HOPE Magazine is the world’s largest monthly magazine dedicated to brain injury of all kinds and is now ready in over thirty countries around the world. HOPE Magazine is a free, all-digital monthly magazine that features stories by brain injury survivors and those who love them.
When David is not in front of his keyboard, he can be found cycling the byways of southern New Hampshire.

Rochelle Brenner discusses how children with ADHD can benefit from learning martial arts.

Honoring Your Limitations After a Traumatic Brain Injury

David Grant discusses adjusting to his new limitations after a traumatic brain injury. "Akin to learning to drive a new car, I am slowly learning how to navigate through life with my new limitations."

Splitting: Why We Love Dr. Jekyll and Hate Mr. Hyde

Darlene Lancer, JD, LMFT discusses "splitting", and the emotional and phycological effects it can have in relationships.