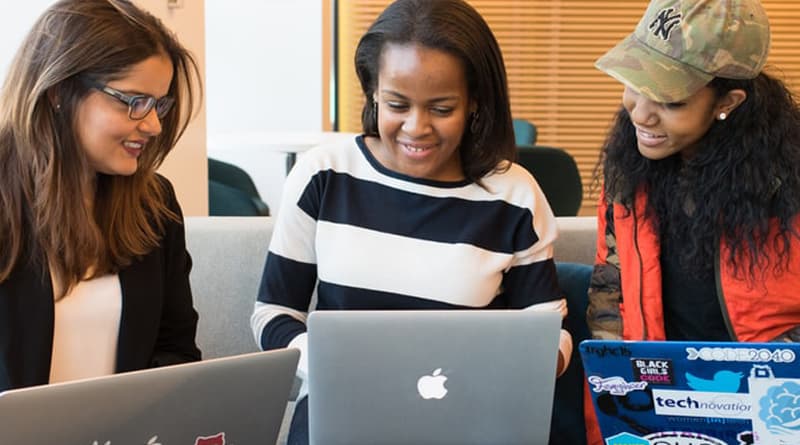 Careers For The Neurodiverse

Diversity programs throughout the United States have been gaining momentum in the last decade, but recently a new area of diversity takes into consideration not race or gender, but neurological diversity. People with cognitive abilities like Autism Spectrum Disorder (ASD), which includes several cognitive aspects like Asperger syndrome and autism, among others, are being sought by companies looking to tap into a largely ignored labor pool. The difficulty for people with ASD, however, is dealing with the social aspects of human interaction which makes it challenging to make it through a traditional hiring process.

And while the ASD populations’ cognitive abilities are quite high, with 60% having average or above-average intelligence, over 85% of them are unemployed. It’s one of the reasons that led Danish entrepreneur Thorkil Sonne to set a goal to create one million jobs around the world for individuals with ASD through the non-profit company Specialisterne. The goal, initially, was to match the skills of individuals with ASD with work in IT, where he recognized how individuals who thrived on structure and excelled at repetitive tasks were a great match for jobs in this particular sector.

With this in mind, we’d like to cover five career paths that are neurodiversity-friendly for people living with ASD.

Asperger’s syndrome, one of the most well-known forms of ASD, brings incredible advantages to financial markets. Extreme focus and concentration, strong logic, and a knack for numbers are some hallmarks of individuals with ASD. However, like many employees with ASD, they are often alienated and at times fired. Other times, in the right environment they can thrive. Let’s Consider Greg, for example. Institutional Investor discussed how he works at a quantitative investment firm, and is good at math. His particular specialty is recognizing patterns and details.

He is so good that on one occasion he picked up on an odd trading pattern and saved his firm 3,000 basis points or 30%, which translated into millions of dollars in savings. Greg has Asperger’s syndrome, and like many with the same condition, he credits his ability to analyse and assess data to his condition. And when it comes to investments, risk assessment is a critical component. In feature on savings versus investments by Marcus, experts explain that investing puts your money at risk for the possibility of growth. So, when it comes to risk assessment, the ability to recognize patterns can yield some very productive insights. Investment and finance are mostly about details, and just having the ability to focus on details can be a huge advantage.

As with the example of how Thorkil Sonne recognized that people with high-functioning autism or Asperger’s are a perfect match for IT jobs like software testing and quality control, IT opens up a whole new world for individuals with ASD. Those that have mathematical and non-visual ways of thinking are particularly adept at these jobs and can quickly spot errors and thrive with repetitive tasks. Some of the most talented and successful computer programmers and software engineers have ASD. Computers offer the ideal career paths by taking advantage of the strengths geared towards order, complex systems and mathematics.

In a feature on careers for individuals with autism by journalist and writer Melinda L. Secor, who has 20 years’ experience in the field of developmental disabilities, she explains how apart from the skills, the working conditions common in computer technology and IT fields can be well suited to people with ASD. Employees often work in their own space in the office or even remotely, with only the computer for company and, thus, limiting the need for social interaction that can be very challenging for those with ASD.

Accounting is based on logic and involves analyzing and summarizing financial information. It is a solid career choice for people with ASD who have a firm grasp of mathematics, with corporate accounting better suited for those with syndromes like Asperger’s. It’s how international accounting giant Ernst and Young (E&Y) discovered the value of neurodiversity and its impact on their bottom line. E&Y have acknowledged that people with ASD approach problems differently and their logical, straightforward thinking can drive process improvements that can increase efficiency and productivity.

E&Y have also created a special team that addresses the difficulties and interpersonal challenges faced by individuals with ASD, to help them find, recruit and place them in the right jobs. The company is dedicated to making the most out of their ASD employees’ individual strengths and abilities, and have even created a Center of Excellence in Philadelphia, with this specific purpose in mind. Within the accounting field, tax preparation is another area in which individuals with ASD can excel, as it requires attention to detail, and memorizing rules and laws, particularly when it comes to U.S. tax laws.

Individuals with ASD who are great with repetitive movements in an ordered environment, and are visual thinkers, may find themselves most comfortable in a career in manufacturing. Assembly line working involves continuously repetitive tasks and motions that may not only be suitable but also comforting. From building computers to cars, assembly line work also necessitates great focus. Ford Motors, in partnership with Autism Alliance of Michigan, created a program for individuals with ASD called Ford Inclusive Works.

The program, much like E&Y’s, aims to take advantage of neurodiversity in the company. In collaboration with their product development and Human Resources departments, Ford analyzed many of the jobs performed at the company, like its assembly line for one, to find out which of those would be best suited to the particular strengths of people with ASD. The greater goal was to help individuals with ASD address issues related to both getting and keeping a job.

Another field for individuals with high-functioning ASD who are visual thinkers, engineering involves designing and improving structures, buildings, and equipment, among others. It’s an exceptional field for those who have strong visual acuity as they can transfer detailed models from their mind to the physical world with ease. Companies like Microsoft have recognized that people with ASD are often best suited for engineering careers in a variety of fields, from software to mechanical engineering. As such, New York-based engineering startup Ultranauts was founded by Rajesh Anandan to prove that neurodiversity and autism could form a competitive advantage in business.

Anandan noted how there is an incredible talent pool that has been overlooked for too long, for all the wrong reasons. More importantly, average workplace workflows and business practices aren’t particularly effective for individuals with ASD who are wired differently. And unlike Microsoft or E&Y who have a small group dedicated to neurodiversity, Ultranauts has designed its entire business model around it to actively recruit and pioneer new workplace practices to effectively manage neurodiverse teams of engineers.

Amanda Greene is a consultant who has helped small to medium businesses with integrating people with disabilities in the workplace.

Misophonia: The new kid on the block… or not?

Just when you think that enough overlapping and diagnostically confusing “disorders” exist, a new one pops up! Dr. Jennifer Brout discusses Misophonia, a neurodiversity condition that is growing in recognition.

Neurodiversity & Finances: Planning For The Future When You Think Differently

Autism self-advocate and financial planner Andrew Komarow discusses why the neurodiverse need to plan for the future.

Lacey Craddock discusses the challenges a child with a neurodiverse diagnoses can face while growing up, and the concern parents can have in safeguarding their children through that process.