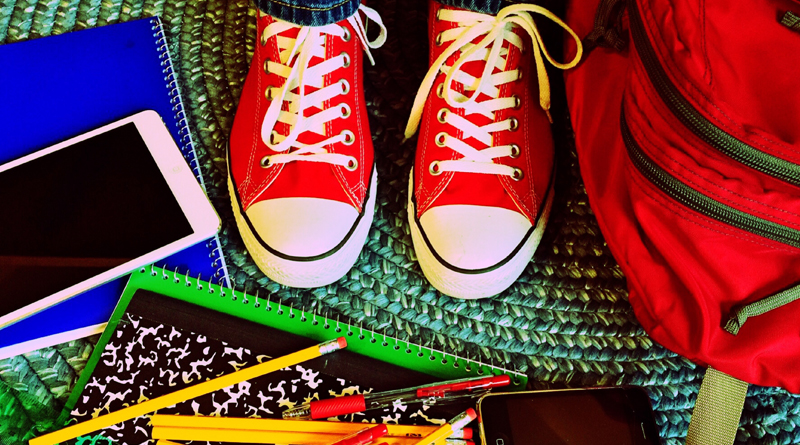 The secret to a successful life is as follows:

Once you learn about yourself to the fullest degree you then begin to realize that you have strengths and weaknesses. Subsequently, you are able to identify what those strengths and weaknesses are and take the appropriate action attributed to the understanding of your own self-knowledge. That will pave the way to your true potentiality and overall likelihood of success.

Hello, my name is Mathew Ryan Morin. I’m a 25 year old self-advocate on the autism spectrum. I also have chronic motor tic disorder and ADD. When I was growing up, I struggled academically in the traditional education system. I failed the math portion of state assessment tests (FCAT and SAT). If I were given one of those tests now as an adult, I’d fail them again each and everytime. They are not designed for my way of thinking and learning.

All through my years in public middle school, science was one such subject I had difficulties in. Cs, Ds and Fs were my averages.

Proceeding to adulthood, I made a discovery while I was writing a script and formulating ideas for a video. The video is to be part of an online media network I have in development, centered on weird science. There’s a segment of the video on how Newton’s Cradle works. Amid my research for the video, I brought an actual, physical display of Newton’s Cradle. I watched a few YouTube Videos that had visual representations and did a little bit of online article reading. I learned about Newton’s laws of motion- three laws that describe the connection of an object, the forces that effect it and how the object moves in response to the forces. It turns out, I do have the intellectual capacity to learn science, the public school system just didn’t teach it to me the right way.

What I’m trying to say is this: I learn differently!

I learn by tactile means, piecing things together, and experimenting. Hands-on activities, using physical items, models and visual representations allow me to engage in creative activities. At age 10, I learned how to edit videos on my own. While in middle school, during my research literacy class, I put my creative capabilities to use. That’s when I first realized my potential lies in media arts. Moreover, I self-taught myself how to use a green screen when I was 17 years old. I self-taught myself how to create 360 videos and stop motion animation these past 2 years. All my life, most of the skills and knowledge I possess have been developed through creative pursuance.

What I’ve described above can be identified as creative intelligence. There are multiple forms of intelligences. Theories vary from Harvard University professor Howard Gardner’s Theory of Multiple Intelligencesto Cornell, Yale & Oklahoma State Universities Professor Robert Sternberg’s Triarchic Theory of Intelligence. Sternberg and Gardner theorize that human intelligence is not limited to, but extends beyond an IQ test’s measurement of a person’s ability to acquire knowledge.

They further believe that a human’s natural performance, through their set of skills can also be classified as parts of human intelligences, recognized in forms. I’ve listed just a few of many intelligences specified in their theories, as well as through other sources:

According to Sternberg’s Triarchic Theory of Intelligence, analytical thinkers are great at analyzing and critiquing information. Subjects include academic tasks such as mathematics, identifying trends and patterns, making logical observations and predictions, as well as making decisions to help solve problems. Analytical intelligence is the form of intelligence that is mostly tested and taught in the traditional education system.

Creative thinkers think beyond established methods, concepts and systems. They’re able to find or create new details in a task that others wouldn’t typically recognize or envision. They experiment, solve problems, piece ideas together and develop new ones. They don’t often exhibit high IQ test scores, due to their experimental and deviated directions of learning, which are nontraditional. In addition to the reasons that there are presently no IQ tests able to adequately measure creative capacity.

People who are emotionally intelligent have skills which are often better than average in empathetically studying, reading and understanding their own emotions and the emotions of others. Likewise, they have the intellectual capacity to manage and aid their own emotions, as well as the emotions of others. They’re able to recognize human emotions through facial expressions, voice tones, behavior patterns and body language, then connect and provide relief to a person on an interpersonal level. Those with emotional intelligence are often ideal at working in occupations that are associated with emotional support services (ex. therapists, psychologists and counselors).

According to Gardner’s Theory of Multiple Intelligences, people with bodily/kinesthetic intelligence learn by carrying out physical activities, instead of reading or listening. They learn better with physical demonstrations and physical activities relevant to given tasks. These activities include the use of movement, touching objects, physical representations and overall hands-on learning. Likewise, according to Sternberg’s Triarchic Theory of Intelligence, Practical Intelligenceis listed which comparably theorizes on people who learn by doing, rather than by hearing or reading.

Humans effectively perceive and process information in different ways. As Temple Grandin expresses, she thinks in pictures (visual-spatial intelligence, is listed in Gardner’s Theory of Multiple Intelligences) and words are like a second language to her. The education system also needs to identify how a student processes information, then apply their way of thinking as part of their learning, accordingly. Some think by engaging in physical activities, some are word and number thinkers, some are auditory thinkers and some think in pictures.

By identifying these intelligences and adopting them as ways of teaching and learning, I believe that taking these courses of action can encourage the potentiality and likelihood of success for students of all abilities. There are many different forms of human intelligences, all possessing positive attributes that when tapped into, can be of value to society.

“The world needs all kinds of minds.”

“There needs to be a lot more emphasis on what a child can do, instead of what he can’t do.”

After I left my public middle school due to the public education system’s inability to meet my strengths and weaknesses. The private school that I relocated to called American Preparatory Academyhelped me realize my full, true potential. They were excellent. I highly recommend them to any locals here in southeastern Florida. The teachers there would often utilize my creativity (video editing skills and overall interest in filmmaking) for class assignments and projects, in addition, they encouraged me to continue pursuing it. The school principal once sent me a booklet on New York Film Academy’s one week digital filmmaking workshop at Disney’s Hollywood Studios in Orlando, Florida. I went there and enjoyed it! They even went a step further, they set up a film course. That final year prior to graduation, I was getting As and Bs in one semester. I beat my C average a few times. I was even in the honor roll. I believe this would have never been possible in a traditional education setting.

It’s the education system’s purpose to teach what is needed to prepare students for life and the real world, yet the focus is almost entirely on what’s going to be on standardized tests. In my past experiences, the traditional education system focused on test taking strategies and passing the state’s standardized tests. The focus on traditional methods did not positively impact students with different learning styles. There are other effective ways of teaching that can give all students a rightful chance to learn.

Every day, the traditional education system minimalizes creative students who think outside of the box from what is traditionally accepted in how information should be obtained. Why not just allow students to receive information through their own channels of learning? Instead of forcing them to conform to one way of thinking. To me, it doesn’t make sense to force all students to learn in the same manner.

Educators should look for student strengths, express encouragement towards their strengths and play a greater part in improving upon them further.

There also needs to be a lot more investment towards electives and extracurricular programming. These sorts of activities are where students have the backing, support, time and resources to utilize and practice their skills. Likewise, to discover their abilities, which perhaps they didn’t know they had, and in turn realize their potentiality. When a student spends a massive amount of time focused on everything that they’re not good at. It does nothing but lowers their self-confidence and self-esteem. It has no benefit. But knowing they have strengths to lean on, can give them the confidence. The confidence to know that they have something to securely grip and grasp on. Also, a potential career- quite possibly.

I believe, part of the solution to many of these problems must start with striving towards a new structure, one that is personalized.

To Be Continued inExtreme Makeover – Education Edition: Redesigning A School System to Suit Students of All Abilities Part-2 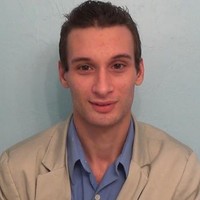 Hello, my name is Mathew Ryan Morin. I’m 25 years old and on the autism spectrum. I was diagnosed with PDD.NOS, ADD and Chronic Motor Tic Disorder. I was bullied by peers, discriminated, shunned, excluded and told that I would fail in life, by some adults during my years of public middle school. After leaving the public education system during that period, I relocated to a small private school called American Preparatory Academy. There I got the right support, resources and amazing teachers. As my life was shaped by past unpleasant experiences, the obstacles that I went through motivated me to change and eventually flourish. I’m now 25 years old and have made a name for myself on the internet. I started a YouTube channel in high school and received a wonderful following. I have been working to promote autism awareness, acceptance and action since 2011 for parents, teachers, caretakers and individuals on the spectrum. I’ve been self-teaching myself new forms of media, video, film, online business and marketing. I’m a new media creator, currently developing a business that puts my creative abilities to use.

How Trauma Can Hijack Your Life

Darlene Lancer, JD, LMFT discusses how trauma can change the way we react to possible threats and dangers.

The Challenge In Our Lifetime Is Neurodiversity

J.R. Reed discusses the concept of neurodiversity, and his own diagnosis as being on the spectrum.

Dr. Ben Weinstock examines the common sleep problems related to neurodiverse conditions, and offers a checklist on to combat those problems.