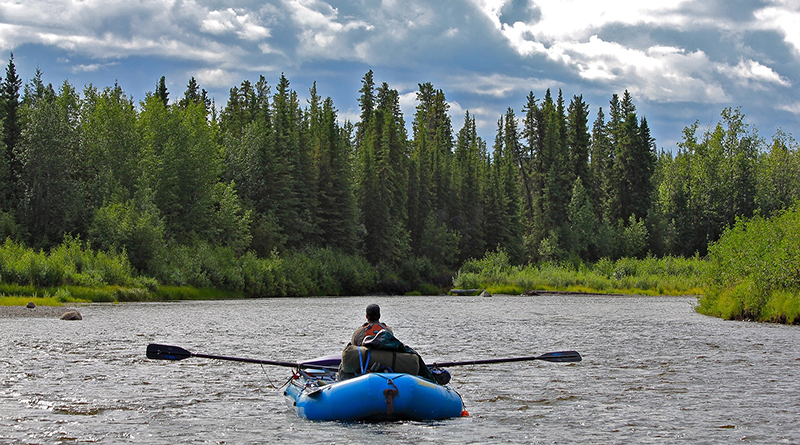 Mike Ranta is already the first man to cross the North American continent alone by canoe in one season. Ranta is now on course to accomplishing that feat twice, along with his dog Spitzii.

This time around, Ranta is traveling along with his faithful companion to bring awareness to the issues caused by PTSD and honor the veterans of Canada. His main goal is to bring out the voices of the veterans, and to have them address the issues and effects from PTSD. Ranta also stops at every Legion to have veterans sign his canoe.

“The reaction has been amazing,” states Ranta. “They’ve really stepped up. So many people have come out to support me and its very heart-warming, but its easy to put forth this effort for these men and women because if it wasn’t for their sacrifice we wouldn’t have what we have today. That generation did sacrifice so much and I want to say thank you.”

While Ranta himself is not a veteran, his brother is—as well as a victim of PTSD.

“It’s a lot of support he needs, a lot of love and compassion and when I’m finished I want to take these guys back to nature,” states Ranta. “That’s going to play a big part.”

“He’s a motivator for veterans and legionnaires across the country because they realize that the ordinary Canadian citizen is fighting back to try and help the vets and recognize what they’ve done for the country,” states Jim Thompson, the First Vice President of Branch 23, who greeted Ranta during his voyage. Thompson is also a counselor and states that he’s seeing PTSD more each day.

“Young people, and a lot of the older people still have it. They’ve battled it on their own over the years because nobody knew how to handle it or what the fix was for it. So we’re slowly finding out what the answers are.”

This piece is based on an article originally published by BayToday.ca which can be found here.

A fan of Michael Jordan received gifts and a phone call from the sports legend after his video went viral.