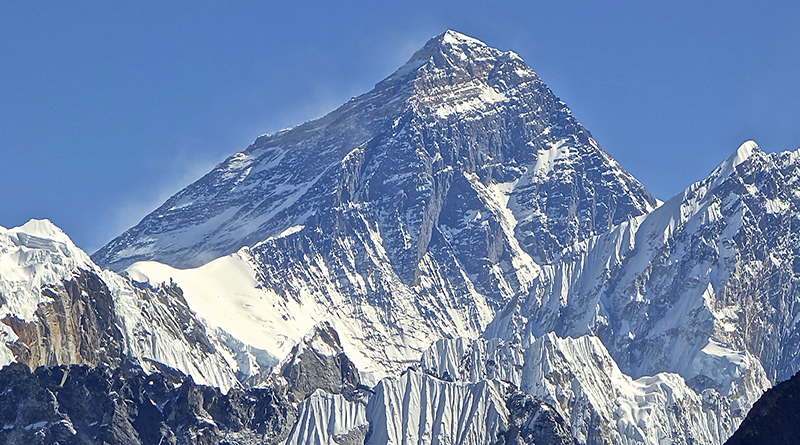 Command Sgt. Maj. Todd Burnett served over the Corps of Cadets at the U.S. Military Academy at West Point on his last duty assignment. It was there that the highly decorated Purple Heart recipient was destined to meet Harold Earls, a freshman and “plebe” who was on the academy’s baseball team.

Originally, it was supposed to just be a few questions, and preparing Earls for the army life. Instead, it turned into a mentorship by Burnett to Earls, and the two discussed everything from how to successfully captain the baseball team to working through ideas that Earls wanted to turn into a reality.

One of those ideals involved creating a team of the first active-duty soldiers to climb Mount Everest. And, this turned out to be a way for Burnett to put the spotlight on his own goal: to highlight the suffering of veterans with PTSD.

Burnett has had his fair share of experiences in war. He actually holds a record for surviving the most improvised explosive device attacks in the Army: more than 45 over his 30 years of service. But in 2011, he began to experience the effects of post-traumatic stress disorder, and even having suicidal thoughts. Anxiety would overtake him and his moods would shift. On trains, he would sit in the back to keep an eye on everyone and prepare for an attack that wouldn’t come. He startled so easily that he would jump at the cry of a baby.

Earls and Burnett ended up founding the nonprofit organization U.S. Expeditions and Explorations, or USX, to shed light on the battle veterans experiencing PTSD face each day. USX also provides the chance for active-duty service members and veterans to go on team-building expeditions and participate in research initiatives together. But, their first goal is to make it to the top of Everest by Memorial Day weekend.

The USX team—retired Staff Sgt. Chad Jukes,1st Lt. Elyse Ping Medvigy and Earls—will be climbing the north side of Everest. The route is somewhat less scenic than the more popular south side, but it comes with the bonus of fewer crowds. The downside is that the north side is more technical, the camps are higher, there is more exposure to the elements, and helicopter rescues aren’t possible because they can’t get up that high.

“PTSD is so different for so many people,” Jukes said. I think a lot of veterans have a feeling of hopelessness, and it feels as though the anxiety will never end. I want them to realize it doesn’t have to be a permanent thing.”

This article is piece is based on one published by WMUR9, which can be found here.

From Hollywood starlets to musical geniuses, Derek Dunston looks at the stories of five well-known historical figures that lived with schizophrenia.