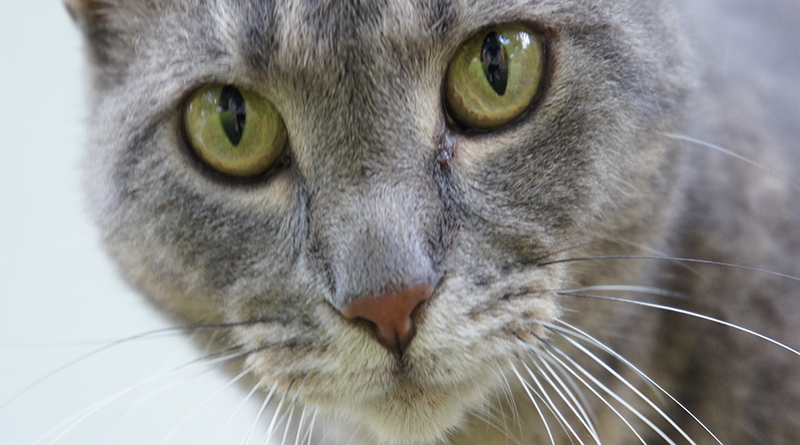 In preparation for his post-combat career, Wes King, 29, returned to college after serving in the Army for more than seven years. Still, he could not seem to break free from the anxiety of his experiences.

Stationed in Fort Lewis, Washington, King was a member of the Second Ranger Battalion, where he served for 28 months after being deployed three times in Iraq and four times in Afghanistan.

Upon his return from duty, King experienced symptoms of PTSD; however, he found comfort in a lively 6-month-old kitten known as Steven.

It is of no surprise that the small feline offered great relief to King. Many veterans who suffer from PTSD find solace in pet ownership. When they are tuned into the pet, their focus is on the pet, not on their fears and anxieties.

“We would call him our therapy cat,” said King. “When you go to combat or go overseas you’re going to have lasting effects when you come back home, regardless of who you are… You can go over there and come back and have quite a big mental breakdown.”

King studied at the Central Washington University, where he roomed with a fellow combat veteran after his time in the Army.

It was there that he decided to adopt a kitten from a neighbor who was no longer able to take care of it.

“Both of us experienced random spouts of depression or… when we would have just a s***** day. It would be something we can’t control, but Steve, we’d like to say, he can kinda tell when we were having a bad day. And would be a little bit nicer,” said King.

“He likes to fight a lot,” but when one of the veterans was having a bad day, the cat would “be nicer and more cuddly,” noted King. Their friends were in a state of disbelief over the idea that a cat could be privy to their emotions. Even so, King believes if they were to spend one day with him, “they’d know he wasn’t your average cat.”

“He acts more like a dog than a cat. He comes when he’s called… most of the time. I take him for walks outside,” King said. The walks began to slow down after King moved from Seattle to Chicago’s Noble Square in August, compelling Steven to adapt to life in the city.

On Tuesday however, King was able to properly honor Steven, who had helped him cope during some of his darkest days. A series of murals are to be put up across the city in celebration of National Cat Day, which is Oct. 29. The series is a part of “Meow Mix’s Purrfect Together” campaign.

Currently, a colossal mural of Steven and King can be seen on display on the wall of the Bongo Room in Andersonville, IL.

CZR PRZ, the artist from Logan Street who painted King’s mural, was truly touched by the story of a struggling veteran and his cat.

The artist stated, “this right here is the story of an animal and a person going through the trials and tribulations of life together.”

“This was something so relevant. It isn’t anything cheesy or cutesy. It shows how it’s real out there”, said the artist.

Upon seeing the mural for the first time, King was overcome with sentiment.

“It’s mindboggling. I really don’t have any words to describe it,” said King. “I didn’t really know what to expect, but when I first saw it all the color on it just popped so vibrantly. It just made it so warm of a piece.”

This article was based on one published by DNAInfo.com, which can be veiwed here: https://www.dnainfo.com/chicago/20161012/andersonville/national-cat-day-wes-king-ptsd

A delivery service for hamburgers has allowed Matthew Smith, who has suffered from seizures since he was 18, to find a new level of independence.

A Simulated Experience of Dyslexia

The neurodiverse excel at creative thinking according to new study