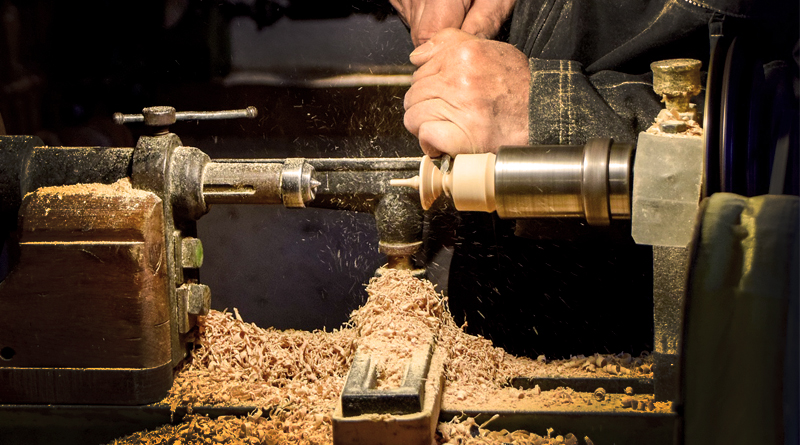 Have you ever tried to visualize what everyday life must be like for someone who is plagued by post-traumatic stress disorder (PTSD)? U.S. army veteran, Ryan Oehlert, from Galesburg, Illinois, paints a vivid picture of his battle with the disorder, stating that “the best way I can describe it, for me, is it’s like there’s this balloon behind my head.”

Oehlert spent time in Iraq from 2007 to 2009. Afterwards, he left active duty and headed to the reserves. Before he knew it, he was on his way home; carrying the weight of the memories of past horrors that he’d seen with him.

Contrary to popular belief, Oehlert feels as though his PTSD stems from more than just one single traumatic event. “You have a level of stress, a level of awareness, that is fine when you’re deployed,” he states, as he describes the rush of adrenaline that can be felt from the long hours and fast paced life of the army. “But when you’re out, there’s nowhere to have that. Like I said, there’s this stress of waiting for something bad to happen.”

Speaking candidly about the disorder, he states that “of course you deny it. I think every military veteran does. You get home and they ask you questions like ‘Did you see dead bodies?’ or ‘Did you smell smoke?’ and you just go down the questionnaire and check NO. You think you’ll just handle whatever comes up.”

Oehlert tried his best to handle things on his own, but found it hard to hold down a steady job. He turned to alcohol for comfort, a dependency that threatened not only him, but his family as well; his wife Rachael in particular.

Taking matters into her own hands, Rachael stepped into action for the sake of her husband’s well-being. “I convinced Ryan to get some help through the Veterans Administration,” she explains. “But the drinking was harder.”

Oehlert decided to channel all his energy into something positive that he enjoyed doing; woodworking. He converted his garage to a workshop, and began making furniture for their house. “I love the control,” Ryan said. “I start with lumber and I end up with our dining room table. Or our TV stand. Or a bench for my mom,” he proudly proclaims.

At long last, his wife finally could see a glimpse of the man she used to know. “Ryan’s more social again. He gets out. He talks to people,” she explains. “I know it means so much to him to have found something he truly loves doing.”

Turning a hobby into business is no easy feat, but for Oehlert it seemed to be the next natural step. He started his own company, Oehlert Woodworking Co., this past May.

Confident in the quality of his craftsmanship, as well as his ability to be his own boss, Oehlert explains that, “I could see the product of my work. I could make the decisions. It’s just really turned into something I love.”

Oehlert is amazed by the success his company has garnered by sheer word of mouth. “I think people have returned to the idea of real wood, furniture made by a person. I think people like knowing the person who made their table or TV stand pays attention to detail and cares about the work,” he declares.

In an effort to help aid other veterans like him, Oehlert has decided to be vocal about his struggles with PTSD. “I got to a point where I had to step back and see how my struggles were affecting everyone in my life,” he recalls. “I know a lot of guys in the military and none of us want to say we’re having a problem. We don’t want to talk about it.

Oehlert believes that there is hope as well as help for vets who are suffering, it’s just a matter of speaking up. He makes known, “if I could tell vets one thing, it would be that it’s OK to ask for help. It’s not easy, but with help things can get better.”

This piece is based on an article written by Tom Loewy for The Register Mail, which can be seen here.

A British mother of two is skydiving to raise awareness for epilepsy in young children, and money for a hospital and the UK organization Young Epilepsy.

In Costa Mesa, California, around 2000 people showed up to march in support of epilepsy awareness in an event dubbed “Seizure Wars.”