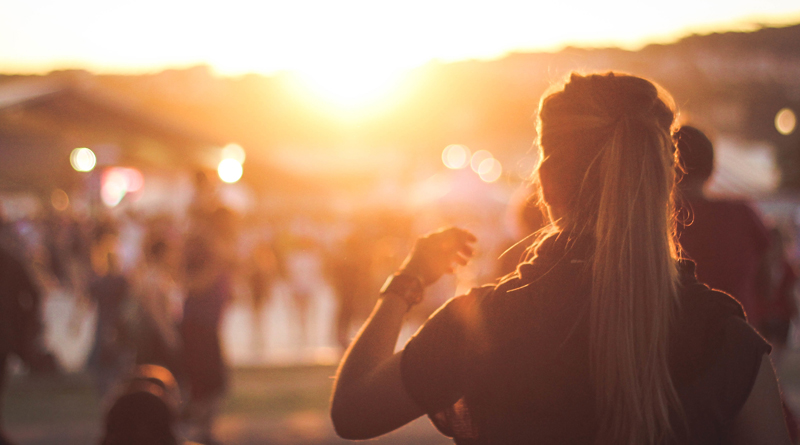 Before I share more about my personal experiences from the Forum, I want to take you back to my training while a student at the Boston University School of Medicine where I trained with the late Dr. Robert G. Feldman who at that time was one of the leading neurologists specializing in Parkinson’s disease.   Needless to say, I saw many patients with Parkinson’s disease while I was in training at the BUSM and I am very capable of recognizing the clinical manifestations of the disease. But, there was nothing in my training that could have possibly prepared me for the unique behavior I witnessed at the Parkinson’s Policy Forum. 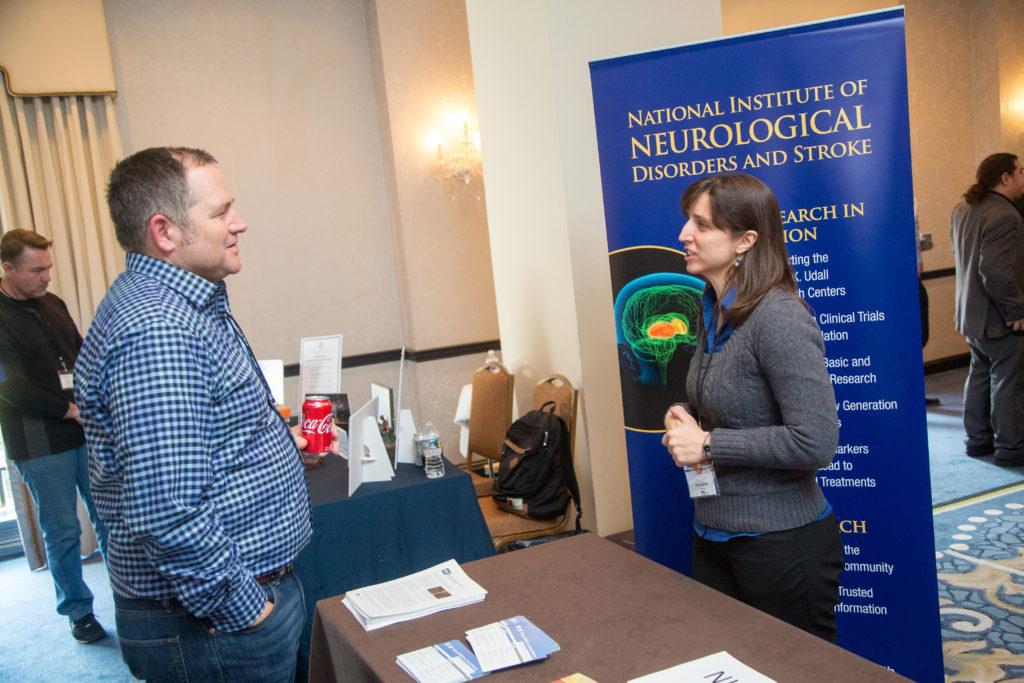 I arrived early on the morning of the first day of the Forum and entered the hotel ballroom where the meeting would be held. The scene was typical of a conference with some tables set up along the periphery from different agencies and a central coffee and refreshment area. I grabbed myself a coffee and began to work the room. I soon found myself in my comfort zone comparing notes about the latest cutting edge research in Parkinson’s disease with another researcher from academia. Up to this point there was nothing special about my experience.

Just about the time I was finishing my cup of coffee, we were all ushered into the adjoining conference room where the opening remarks of the Forum were scheduled to begin. I grabbed a chair at a table where several other people from my home state of Vermont were already seated and introduced myself. There was not much time for small talk before the first speaker took the podium, but during these first few precious moments I already sensed that there was something very special about many of the other people seated not only at my table but throughout the room. 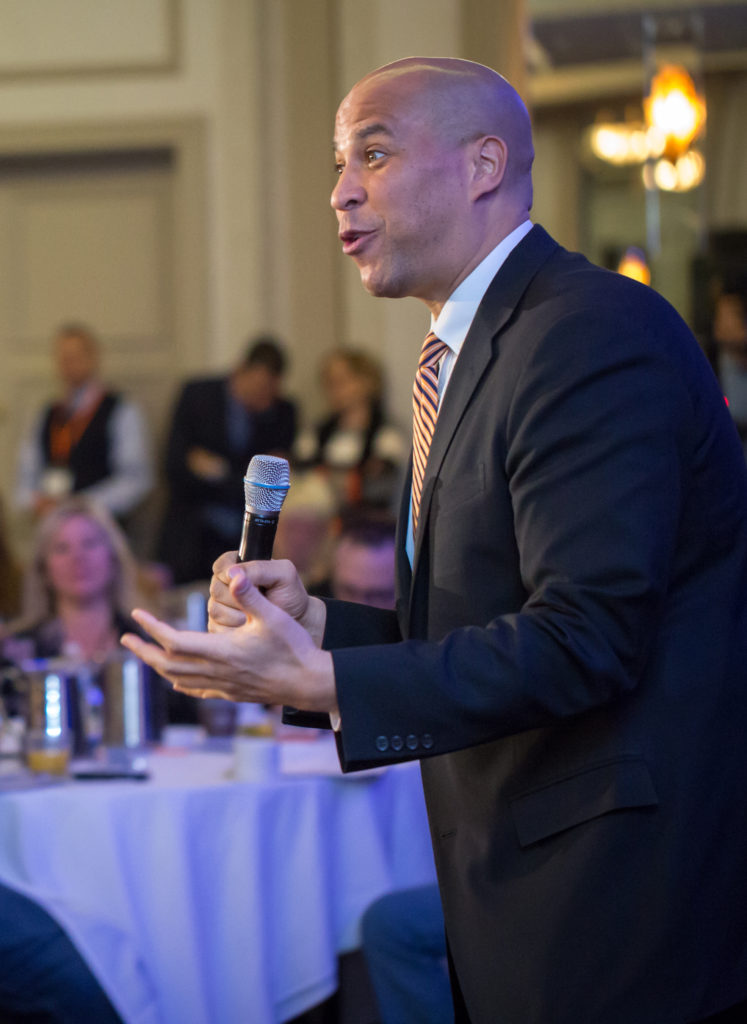 Prior to that day, nearly all of my interactions with patients with Parkinson’s disease had been in the capacity of me, the Behavioral Neuroscientist, answering their questions in an effort to help them better understand their disease symptoms from a scientific perspective. But suddenly, I was confronted by the incredibly humbling realization that in my capacity as a policy advocate lobbying congress about Parkinson’s disease that I was just a mere neurotypical whose help, while welcomed, was not really needed. To put is more bluntly, I could immediately ascertain that from the patients’ perspective they were all thinking no problem you do not need to advocate for us because “we got this”. That’s right, the best advocates in the room were not me, or Senator Cory Booker, or even the famous neuroscientists like Dr. Caroline Tanner who came from across the country to speak to the crowd about Parkinson’s disease, on the contrary, it was all of the patients living with the disease who were about to go to “The Hill” to lobby congress for important policy changes on their own behalf.

As the Forum progressed, I met one person after another who was happy to share their personal story. Among the incredible self-advocates living with Parkinson’s disease that I met at the Forum was Darcy Blake who runs a blog called Parkinson’s Women. When it comes to self-advocacy Darcy is a champion not only for herself but for all women living with Parkinson’s disease. But Darcy is just one example of the many incredible people I met who were lobbying congress on their own behalf.

While my colleagues and I continue to work quietly behind the scenes looking for novel therapeutics for neurodegenerative diseases, it is not only refreshing and encouraging but most truly humbling to know that the patients we hope to help through our research are not just sitting back waiting for us to find a cure. Instead, they are out there on the front lines working tirelessly to change the public health policies that directly impact not only research but the quality of their own lives. Ironically, without their hard work, it would be me as a medical researcher studying neurodegenerative disease who would face more obstacles due to funding limitations. 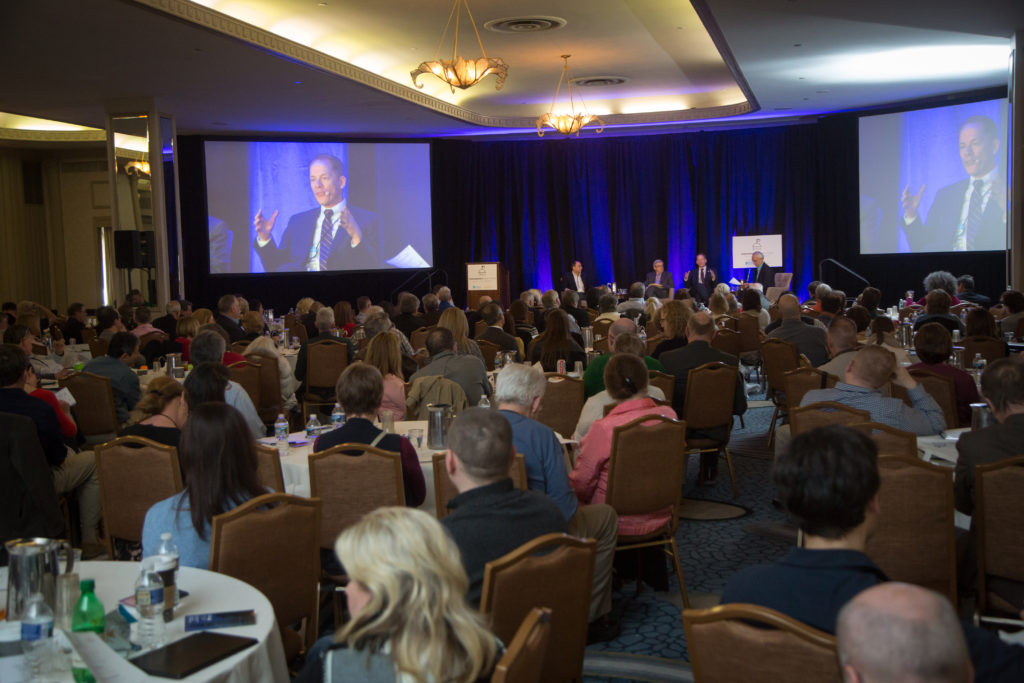 In conclusion, ever since attending the Forum, whenever I need inspiration to work a little later or sacrifice a weekend, all I have to do is to recall the incredible commitment of every self-advocating person I met living with Parkinson’s disease and, I am immediately motivated to go the extra mile on their behalf.

Thanks for the memories!

Share on FacebookShare on TwitterShare on Linkedin
Marcia Ratner

I earned my doctoral degree in Behavioral Neuroscience from Boston University School of Medicine where I trained in the Department of Neurology with the late Dr. Robert Feldman. I subsequently completed an NIH/NIA post-doctoral fellowship in the Biochemistry of Aging. I am a board certified toxicologist and a member of the Society of Toxicology and the American Academy of Clinical Toxicology. I currently use in vivo electrophysiological techniques to investigate the effects of chemicals on learning and memory function in healthy subjects and those with age-related neurodegenerative diseases. I have provided expert consultations to law firms, government agencies and industry.

Mental Health & Relationships: Is Someone “Playing the Victim”?

Darlene Lancer, JD, MFT discusses what it means for someone to "play the victim" in a relationship, and how a partner can tell if they are being manipulated.

Early Childhood Learning: Supporting Neurodiversity From the Womb and On

John Mavros discusses the importance of building language skills in children from before birth and beyond.

Mari Nosal discusses the "Theory of Mind," and examines some of the challenges related to it in people with Asperger's and autism.