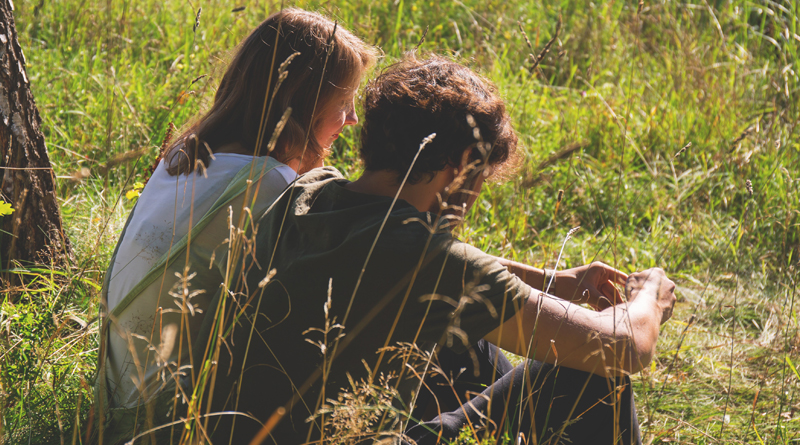 Narcissus and Echo were tragic Greek characters described by Ovid in Metamorphoses. This poignant myth crystallizes the problem of relationships with narcissists. Sadly, both partners are locked into a tragic drama.

The Myth of Narcissus and Echo

The beautiful forest nymph Echo had been punished by Juno for talking too much. She could only repeat the last words of others. Echo spotted handsome Narcissus and became infatuated. She tried to call to him, yet couldn’t.

One day, she caught his attention, but he rudely spurned her, as he had many women before. Humiliate, Echo fled in shame. Nevertheless, her love for Narcissus grew. As punishment, Nemesis, goddess of revenge, cast a spell on him. When Narcissus next noticed his reflection in a pool of water, he believed that he’d finally found someone worthy and became entirely absorbed with his own beautiful image, not realizing it was himself.

Unable to get Narcissus’ attention, Echo’s obsession and depression grew. After many years, she wastes away pining for Narcissus, only leaving behind her echo. He eventually committed suicide, consumed by his impossible love, leaving a flower in his place.

Like the myth, narcissists feel superior and have disdain for vulnerability or any sign of weakness. (See “The Problem of Narcissists.”) Command of their feelings and of other people is all important. Without control they feel weak, inferior, and humiliated. Instead, they try to demonstrate independence, courage, and strength. They may embarrass family and friends with their boasting, exploitation of others, and obnoxious sense of entitlement, regardless of the consequences.

Surprisingly, most narcissists are codependent, too. They’re dependent upon others to reflect back a positive self-image. They’re hypersensitive to any challenge to their illusion of being the best, even where none exist. They arrogantly defend their image at all costs through projection, abuse, or unleashing their narcissistic rage. Trying to please them is impossible, like trying to fill a bottomless pit―their inner emptiness.

Whereas Narcissus is self-absorbed, Echo is other-absorbed. Like Echo, partners of narcissists idealize them. They admire their bold, take-charge attitude. They, in contrast, feel needless or guilty asserting themselves. Caretaking and pleasing give them a sense of purpose and value― codependency. They may not believe they have any rights and naturally go along or put others first, sometimes self-sacrificing. This allows a narcissist to easily manipulate, abuse and exploit them. They accept the blame and try to be more understanding.

It’s easy to fall in love with narcissists. They’re seen as charming, confident, open, and entertaining. Their alluring performance is designed to win trust and love. Difficulties arise in longer narcissistic relationships. At home and after a romantic prelude, they act totally different. Once you’re hooked, they lack the motivation to maintain a façade and soon become disappointed in their partner. Their criticisms escalate, and they may act distant and dismissive. In vain attempts to win approval and stay connected, partners thread on eggshells, fearful of displeasing the narcissist. They worry what he or she will think or do, and become preoccupied with the relationship. They have to fit in to the narcissists’ cold world and get used to living in an emotional desert.

The relationship revolves around the narcissist, while others are viewed merely as objects to use in order to manage the narcissist’s needs and fragile self-esteem. Embarrassed partners watch their mate flirt with a cashier, cut to the front of the line, or castigate a clerk or waitress. They must contend with demands, judgments, and self-centeredness. They’re expected to appreciate the narcissist’s specialness, meet his or her needs when needed and are dismissed when they don’t.

Narcissists put themselves first, and their partners concur. Both agree that the narcissist is great and that his or her mate isn’t and should sacrifice! This makes their relationship work . . . in the beginning. Eventually, the partner feels drained, hurt, resentful, disrespected, and lonely.

Many partners of narcissists sadly pine away for years longing to feel respected, important, appreciated, and cared about. Their self-esteem suffers. They risk turning into empty shells of their former selves. Even though Narcissus and Echo both long for love, Narcissus can neither give love, nor receive the love Echo offers.

You have more power than you think. Discover how to raise your self-esteem, find your voice, and how to determine whether your relationship can improve. There are many things you can do to significantly better your relationship with anyone highly defensive or abusive, as described in Dealing with a Narcissist: 8 Steps to Raise Your Self-Esteem and Set Boundaries with Difficult People. This workbook includes a quiz for narcissism and also sets forth criteria that can help you decide if you’re considering ending a relationship with a narcissist. It’s available on my website here as a PDF, at Amazon, Barnes & Noble, and at Smashwords in formats for iPad and other devices.

This is a shortened version of an article originally appearing here. Republished with the author’s kind permission.

Autism, Thomas Szasz, and “The Myth of Mental Illness”

Autism self-advocate Danny Taylor-Smith looks at how the theories of Dr. Thomas Szasz influenced his self-image.

How Reading Helped Me Recover From My Diagnosis of Inattentive ADHD

After three years of operations, Rob & Denise Resnik offer their perspectives on the productive and dedicated SMILE team- a company of talented young people on the autism spectrum.