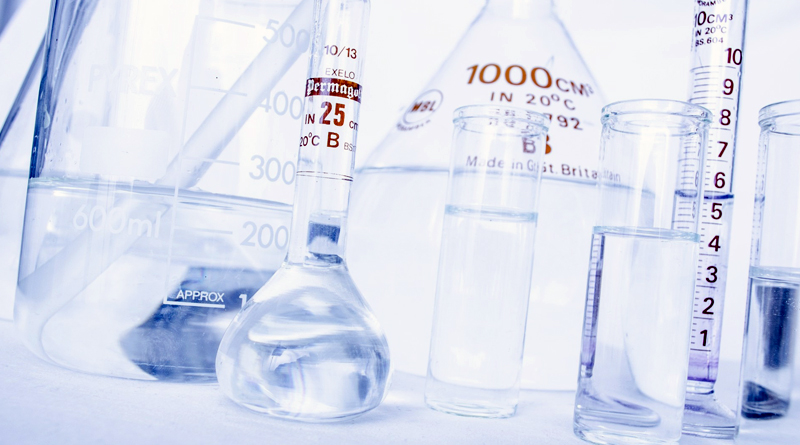 At the 1964 World’s Fair “better things for better living through chemistry” was the slogan of the Dupont Chemical Company. And while chemistry has certainly brought many great things from refrigeration to pesticides to modern life, this benefit has not been without any negative consequences. Paracelsus is famous for saying, “Poison is in everything, and there is no thing that is without poison. The dosage makes it either a poison or a remedy.” The risk versus benefits ratio of chemicals depends in part on whether the chemical was originally designed for human consumption. For example, benefits typically outweigh risks when it comes to intentional ingestion of FDA approved drugs with minimal side effects such as those used for long-term treatment of non-life threatening disease. But, the risks can quickly outweigh the benefits during exposure to high concentrations of neurotoxic industrial chemicals which were never intended for human consumption. These consequences can also vary depending on whether the exposure occurs prior to birth in utero, during childhood when the brain is still developing, or later in life during adulthood when the effects of exposure can interact with normal aging and age-related neurodegenerative disease.

The developmental status of the brain itself and the blood-brain barrier (BBB), which prevents toxic chemicals from gaining access to the brain both play important roles in age-related vulnerabilities of the human nervous system. It has been suggested that neurotoxicant-induced damage to the nervous system that occurs at critical times during development can remain functionally silent until later in life when these early life events can interact with factors implicated in age-related neurodegenerative diseases such as Parkinson’s and Alzheimer’s (Landrigan et al., 2005). In this two hit type model, the first hit occurs during development while the second hit occurs later in life. Conversely, persons predisposed to neurodegenerative disease who are occupationally exposed to neurotoxic chemicals as adults may experience unmasking of their latent disease via a two-hit model in which the exposure occurs in adulthood rather than childhood. In this blog post, I will discuss the role of exposure to some well-recognized neurotoxic chemicals in different forms of neurodiversity with the goal of revealing that neurodiversity is not purely genetic in its origin and, how in some cases, it may even be preventable with a modicum of caution.

Prenatal exposure to neurotoxic metals such as lead, manganese, and mercury has been associated with reductions in language acquisition and cognitive performance deficits which may or may not resolve with time as the child matures (Yorifuji et al., 2011; Lin et al., 2013; Lewis et al., 2018).

Among the most well-studied adverse effects of in utero exposure to neurotoxic metals is Congenital Minamata Disease in which developmental exposure to methylmercury has been identified as a causal factor. The name of this neurotoxicant-induced form of neurodiversity is derived from Minamata City in Japan, where a major outbreak of this syndrome occurred in 1956. This outbreak resulted from bioaccumulation of methylmercury in the seafood which was a staple in the diet of the residents in this region. The symptoms of in utero exposure to methylmercury, which are similar to those of cerebral palsy, include movement disorders, visual system dysfunction, learning disabilities, and epilepsy (Grandjean et al., 2010).

Postnatal exposure to neurotoxic metals such as lead and methylmercury during childhood, before the BBB has fully formed, is also a cause of neurodiversity. Infants can be exposed to methylmercury though breast milk as well as through consumption of seafood. The symptoms of childhood exposure to methylmercury are similar to those associated with in utero exposure (Choi, 1989; Grandjean et al., 2010).

When lead accumulates in the brain it causes overt changes in neurological function mediated in part by cerebral edema (brain swelling) which, if left untreated, can lead to brain damage, comma and even death (Perelman et al., 1993; Trope et al., 1998). At lower non-life threatening levels of exposure, lead can still disrupt normal neurological function especially during critical times in development when language and other academic skills are being acquired. As a result, children exposed to lead may do less well in school and exhibit behavioral problems which can be mistaken for idiopathic learning disabilities and/or attention deficit disorder. The acute symptoms of lead poisoning in children often include colic and thus, the presence of this symptom can aid pediatricians in making a correct diagnosis. An elevated blood lead level serves as a biological marker of exposure which can be used to confirm the diagnosis. The effects of childhood lead exposure can persist into adulthood and may even act as a disease modifying factor in age-related neurodegenerative diseases that emerge later in life (Brubaker et al., 2009; Cecil et al., 2010; Eid and Zawia, 2016).

The fully developed BBB of adults provides protection against neurotoxicants such as lead at levels of exposure that are toxic to children. Due to this neuroprotective factor, the clinical presentation of symptoms is often different in adults than in children. The BBB is also an obstacle that must be overcome in the drug discovery process. It is well recognized by the pharmaceutical industry that chemicals which readily cross the BBB can be effectively used to modify nervous system function. Thus, “drugs” commonly used to treat symptoms of neurological disease and improve mood and reduce anxiety must also readily cross the BBB (Farb and Ratner, 2015). However, because the BBB provides protection for the brain, damage to peripheral nerves is often seen before changes in brain function emerge in adults exposed to neurstoxic chemicals. For example, exposure to lead is more likely to cause damage to peripheral nerves than it is to cause brain damage in adults (Triebig et al., 1984).

Brain cells communicate via chemical messengers called neurotransmitters (e.g., dopamine). Not too surprisingly, anti-dopaminergic drugs which are used as antipsychotics can unmask latent neurodegenerative diseases associated with a loss of neurons that produce the chemical messenger dopamine such as Parkinson’s (Shin and Chung, 2012). Metals, pesticides, and solvents not intended for human consumption can also disrupt neurotransmission. At high levels of exposure chemicals can kill brain cells. Chemical exposure-induced loss of brain cells as well as disruption of neurotransmission may “unmask” latent neurological disease (Ratner et al., 2014; Ratner et al., 2018). Because the effects of chemicals on latent neurological disease can result from reversible pharmacological effects as well as irreversible brain cell loss, some symptoms will improve with cessation of exposure while others may persist and interfere with activities of daily living indefinitely.

High level occupational exposure to neurotoxic solvents (e.g., toluene and trichloroethylene), as well as metals (e.g., lead, manganese and mercury) which are not intended for human consumption occurs during industrial accidents, when ventilation systems fail, and, when workers or their employers fail to follow proper industrial hygiene practices (e.g., providing and/or using recommended personal protective equipment) (Feldman et al., 1999; Ratner et al., 2018). The effects of neurotoxic exposure can mimic neurodegenerative diseases and neuropsychiatric disorders (Ratner and Fitzgerald, 2017; Rutchik and Ratner 2018).  Symptoms of damage to central nervous system associated with neurotoxic chemical exposures can include mood disturbances, problems with attention and concentration, learning and memory deficits, sensory and motor disturbances, and movement disorders (Ratner and Jabre, 2017). Damage to peripheral nerves that control motor and sensory function may also occur. While many of these adverse effects are due to the neurotoxicant alone (Feldman et al., 1999), others may arise as a result of interactions between the neurotoxic effects and those implicated in latent neurological diseases (Ratner et al., 2014; Ratner, 2016). When this type of interaction occurs, the latent disease may be “unmasked” resulting in a younger than expected age at onset (Ratner et al., 2018).

In conclusion, chemistry has brought many good things to life but chemicals may have also contribute to neurodiversity. As we have learned more about the benefits and risks of chemicals, proactive measures have been taken to reduce our exposure to those which are known to have adverse effects on the nervous system. But new chemicals are produced every day and many of these are likely to have as yet unrecognized adverse effects on brain development and neurologic function.

The good news is we can take proactive steps to reduce the risks associated with better living through chemistry. First, the same properties that enable many drugs to readily cross the BBB also permits these to cross the placenta. Therefore, if you are taking medication and plan to become pregnant always contact your physician to determine if the drug(s) pose any risks to the unborn fetus. Second. if you have young children, have your home checked for lead and other known and potential neurotoxicants that can affect the developing human brain. Third, if you work with chemicals always wear proper personal protective equipment such as gloves and masks and, whenever possible, use chemicals in a fume hood to minimize your exposure. If you use medications, remember the famous words of Paracelsus and only use these as prescribed by your doctor. Never share your medications with others and never use prescription drugs recreationally.

As previously mentioned, some effects of neurotoxicants are transient and will subside with cessation of exposure while others will persist indefinitely. Damage to nerve fibers of the peripheral nervous system including cranial nerves fibers will show some recovery over time but recovery can be slow. Residual cognitive deficits and mood disturbances can be treated symptomatically; you should work with your neurologist to find a treatment plan that works best for you. Older individuals who development severe motor and cognitive deficits as a result of occupational exposure to neurotoxicants may require vocational retraining.

Share on FacebookShare on TwitterShare on Linkedin
Marcia Ratner

I earned my doctoral degree in Behavioral Neuroscience from Boston University School of Medicine where I trained in the Department of Neurology with the late Dr. Robert Feldman. I subsequently completed an NIH/NIA post-doctoral fellowship in the Biochemistry of Aging. I am a board certified toxicologist and a member of the Society of Toxicology and the American Academy of Clinical Toxicology. I currently use in vivo electrophysiological techniques to investigate the effects of chemicals on learning and memory function in healthy subjects and those with age-related neurodegenerative diseases. I have provided expert consultations to law firms, government agencies and industry.

Self-advocate Cynthia Hammer, MSW discusses the issue of doctors mistaking other conditions for ADHD, and what to do if it happens.

Wendy Lyman discusses the challenges her truth-telling neurodivergent son has coming to terms with the concept of "white lies".

Are You Or Your Loved One Ready To Retire – Psychologically?