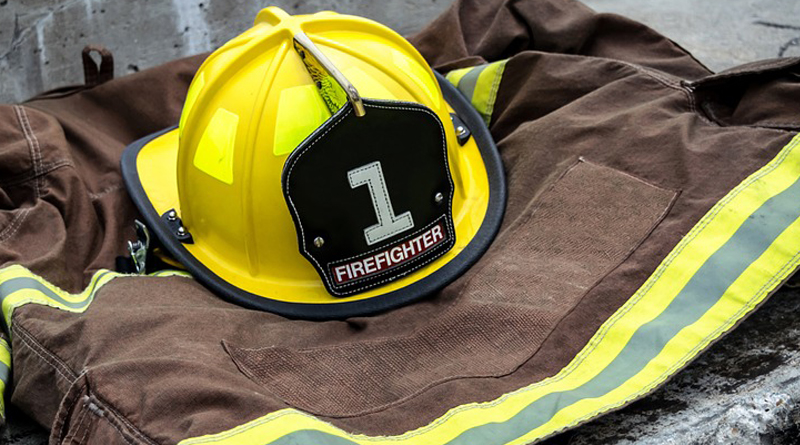 Jason Eagan had one goal when he walked into the firehouse in Marion County, Illinois one day: He wanted to be a firefighter. Since Eagan has Down syndrome, some of the firefighters weren’t sure it would work out, but Eagan was determined.

As Matt Horn, a lieutenant at the fire department remembers it, “He came to the fire station one day, and he wanted an application, so I gave him one. A little bit later, he came back and asked if I could help him fill it out. I helped him fill it out, and we kind of made a little friendship.”

Even though Horn wanted Eagan to succeed, he and the other firefighters knew it would be a challenge. There was a discussion and a vote on Eagan joining the force. Eagan recalls it being a lively debate. “It was mixed. Some people were against it. But in our bylaws, it doesn’t say someone with Down syndrome can’t help us. After a lot of debating and talking, we came to the conclusion that it’d be best to let him join the fire department, but under our cadet guidelines.”

After going through some basic tests, Eagan became a firefighter. He doesn’t partake in the most dangerous tasks, such as entering a burning building or driving the truck, but is otherwise a full member of the team. He does everything from helping out at the station, to making sure the truck is in good working condition, to rolling up hoses.

Eagan said his time in the fire department has been a monumental experience, saying “I put on this uniform right here, it changed my life”.

He is also forever grateful to the lieutenant who gave him a chance, Matt Horn. Eagan showed his appreciation by saying, “He’s a wonderful guy. He takes care of me. He’s a nice person — a nice guy.”

Eagan’s experience is proof that those with neurological disabilities can do all kinds of jobs, even those that may seem impractical at first.

This article is based on a piece by Brian Brueggeman at NewsOberver.com. It can be found here.

NPR’s new series, Unlocking Dyslexia, will include a 5-part radio and blog post series that will take course over the span of two weeks.

By Alexandra Starr What Are Binaural Beats? Do you struggle with anxiety, sleep, memory, or…