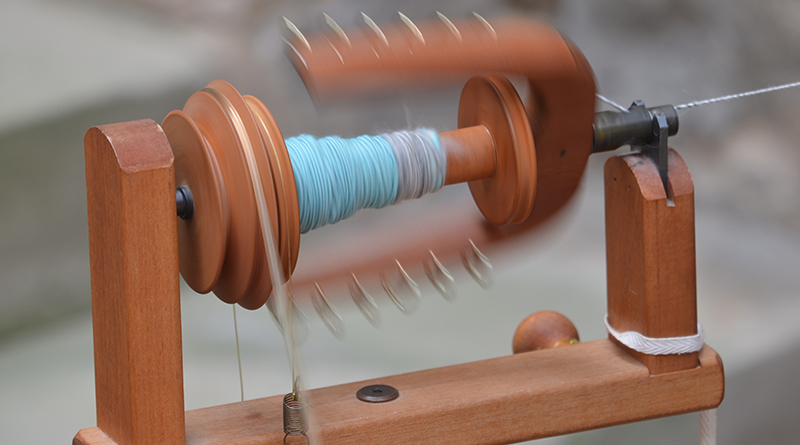 Paula Bowers, a resident of Little Rock, AR, suffered a stroke less than two weeks ago. As a stroke is an interruption in blood flow to the brain, it frequently causes severe difficulties in coordination, walking, and speaking. And twelve days ago, just after her hospitalization, Bowers could barely talk coherently or raise her left arm. However, she has made an excellent recovery since then, and she attributes this in part to use of her spinning wheel.

Spinning thread on her old-fashioned wheel has been Bowers’ hobby for years. At first, she was devastated by the knowledge that her impaired coordination and movement would stop her from enjoying her favorite activities. “Everything that I do for relaxation, and pleasure and enjoyment… to me was just coming to an end too,” Bowers said.

While undergoing physical rehabilitation at Baptist Health, Bowers has incorporated her wheel into the activities. Joseph Marti, one of the occupational therapists helping Bowers to regain use of her muscles, has expressed approval and points out the benefits of using the spinning wheel. “She makes it look easy, but there’s a lot of things going on when she uses that device, in the coordination, the feel and the touch.” He added that most patients in her condition use the hospital’s exercise machines instead. “Spinning the wheel and actually threading the thread is a good strengthening tool, but definitely a good sensory tool,” Marti explains. “A lot of hand eye coordination, too.”

And for Bowers, spinning thread is also more fun than riding a lifting a bar or pedaling a bike. “It was kind of like pet therapy,” she says. She also wants to quit smoking, as the increased risk factor from smoking probably contributed to her stroke. “I had to quit. It was that or have another stroke and die. And we’ve worked too hard.”

Paula Bowers hasn’t lost sight of her goal to be back at home after two weeks, and may just achieve it with the remarkable progress she’s made so far.

Emmy nominated actress Shannon Purser has recently spoken out about body image, mental health, the power of therapy, and her recent diagnosis of OCD with People Magazine.

Cake, presents, and smiles all around, Frances Gillett celebrated her 75th birthday in a beautiful surprise party.